The Warrior’s Guide to LSC Elections 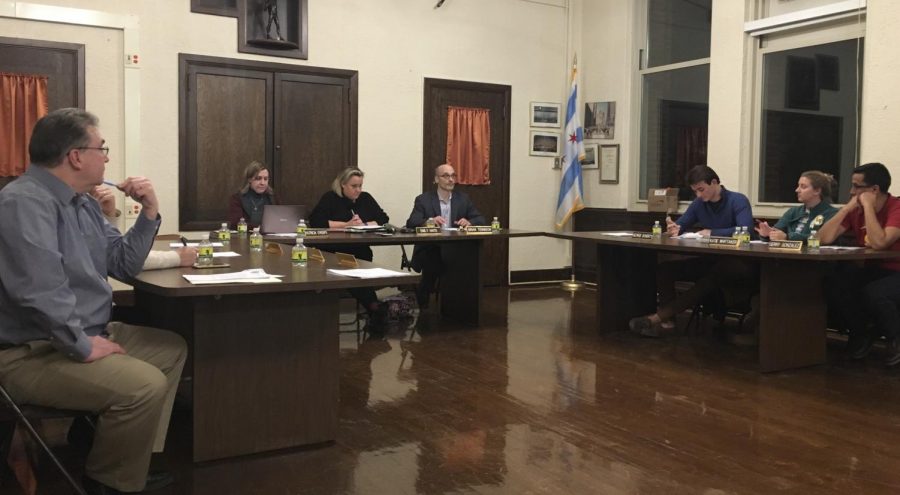 The Lane LSC during a January 2018 meeting.

As much of the nation prepares for one election, CPS schools across the city are preparing for another — the biennial Local School Council (LSC) elections. Parents, teachers, students and community members will all be elected to serve on LSCs. Learn all about the history of LSCs, how they work and what they do in The Warrior’s Guide to LSC Elections.

All adult LSC members — teachers, parents and community members — usually serve two-year terms, according to CPS. However, due to the coronavirus pandemic, this upcoming class of LSC members will only be members for 18 months. Student representatives serve one-year terms.

Originally, elections were supposed to be held this past April, but were postponed because of the coronavirus pandemic. Although there is a chance school will still be virtual come Election Day, it appears that CPS is going ahead with their second try at holding this election, according to Raise Your Hand for Illinois Public Education (RYH).

According to RYH, there were eight parents, two community members, three teachers, one non-teacher staff member and two students running for a LSC position at Lane at the time applications were due.

LSCs are the congress of Chicago Public Schools. They have the power to make financial, leadership and day-to-day decisions of how schools are run. According to CPS, LSCs are responsible for monitoring school improvement, budget and expenditures; evaluating the principal; and renewing the principal’s contract if necessary.

The Lane LSC demonstrated its authority this summer with a non-binding vote to remove the mascot, as well as an official vote to remove school resource officers (SRO). In addition to special votes, like the ones on SROs and the mascot, the LSC hosts monthly meetings where Principal Tennison and school budget staff give reports on general school news and the school’s expenditures, the council votes on motions and the public can voice its opinion on prospective changes.

LSCs offer a check on administrative power, but also allow the administration to voice their plans and visions for the school.

Why does CPS have LSCs? LSCs are unique to Chicago, and they have been around for over 30 years. According to RYH, LSCs were first formed during a rather low point in CPS’ history. In the late 1970s and 1980s, CPS went bankrupt, was named the worst district in the country by United States Secretary of Education William Bennett and the teachers union had a 19-day strike. Following this, participants at Mayor Harold Washington’s 1988 education summit, “[recommended] a host of changes, including the creation of local school councils.” The first LSC members were sworn in just a year later in 1989.

Fast forward 31 years, and LSCs still play an important role in CPS. LSCs have been around for multiple mayors, district CEOs, teacher strikes and school closings. Today, LSCs still contain power and are tasked with answering some of the district’s most important questions.

Local School Councils are a unique part of CPS and offer a chance for all members of CPS communities to have their voices heard. The first step towards a successful LSC is the elections, and The Warrior will have coverage of the LSC elections from now until the election is over.