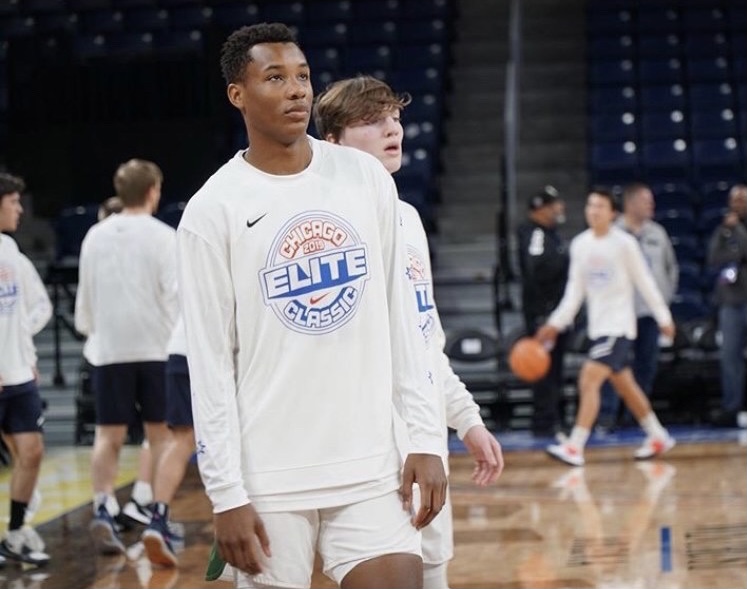 After days of back and forth between Illinois Gov. J.B. Pritzker and the Illinois High School Association (IHSA), Illinois’ governing body for high school sports, CPS declared yesterday that the high school basketball season will be delayed. This decision comes in accordance with updated sports guidelines that the state announced.

“Our district has a rich basketball tradition, and we know that this is not the outcome so many of our students, parents and coaches wanted to see, but Gov. Pritzker, IDPH, and the Illinois State Board of Education have made it clear that basketball should not be played this winter as it presents a significant risk to participants and members of the school community,” CPS said in a community email. “We are following their guidance and committed to supporting all sports that can proceed safely this winter.”

Just Wednesday, IHSA announced that they were planning to start high school basketball season on Nov. 16, despite Pritzker saying the sport was “on hold.” Now, CPS and the state are postponing basketball and wrestling to the spring or summer 2021 seasons.

Wrestling tentatively will start April 19, the same date that IHSA is supposed to start, while basketball is postponed until further notice, according to the CPS email.

“I’m sad for my girls,” girls varsity basketball coach Megan Molloy told The Warrior via email. “I’m proud of them for being so dedicated to basketball and doing workouts all summer and this fall remotely when they already knew their season was on the line.

“I hope we can continue to find motivation and focus,” she continued. “It’s easy to say ‘let’s look at the bigger picture: we are keeping our students safe’; while yes, this is true, I also know, as a high schooler that basketball was the most important thing, and I don’t think we should expect high schoolers to look at the bigger picture and shake it off like this isn’t a big deal.”

Some players were cautiously optimistic about Wednesday’s IHSA decision, but the optimism did not last long. The delay now means that college scouts will not have much, or any, time to scout seniors.

“I was disappointed to hear that basketball will be moved to the spring, because I was looking forward to this season so that I could try to get looked at by college coaches,” boys varsity basketball player Chris McQueen, Div. 179, said in a direct message. “If the season is pushed to the spring, as a senior, I do not think I will be able to get that opportunity.”

“I was excited about IHSA allowing us to play and was hoping that CPS would slide with them. I was disappointed that CPS sided with Pritzker and disappointed that our season got pushed back,” Aaron McQueen, Div. 159, said in a direct message. “I was really looking forward to playing and having a chance to send film to college coaches.”

CPS has set its eyes on being able to play at a later point this year, but boys varsity basketball player Sean Molloy, Div. 280, is skeptical that will happen.

“I was really looking forward to this season,” he said in a direct message. “We were a strong [junior varsity] squad and I think we would have had a solid team. I have a bad feeling that the spring season isn’t going to work out, but I’m trying to remain hopeful and continue working on my game.”

Senior basketball players now are facing the situation where they might not be able to play a final game at Lane Gymnasium.

“I am of course very upset that our season will not begin in November and nervous because we don’t know if we will get a season at all,” girls varsity basketball player Molly Joseph, Div. 179, said in a direct message.

“It is hard to think about not playing again or being in the Lane gym with my team but I understand that we are in unprecedented times and it is in the best interest of players/families health and safety,” Joseph continued. “Right now, all my teammates and I can really do is remain hopeful that we have a season at some point.”

The IHSA is still trying to go on with a season, despite Pritzker announcing yesterday that the season is delayed until the spring, according to the Sun-Times — meaning CPS players are left to wait for further guidelines for a possible return to play.

“It’s draining to say the least,” boys varsity basketball player Justin Brown, Div. 180, said in a direct message. “I understand the city’s intentions and we just have to stay patient. Ever since the end of last year we’ve had to adjust to a new normal and this rollercoaster is only taking another turn.

“A season slipping away would mean more than just games being missed, but a family being separated so we have to keep a positive mindset,” Brown continued. “Personally all I can focus my energy on is what’s in my control, and that’s being flexible, and ready for whatever CPS throws my way. When we finally return I’ll make sure we’re more than ready to compete.”