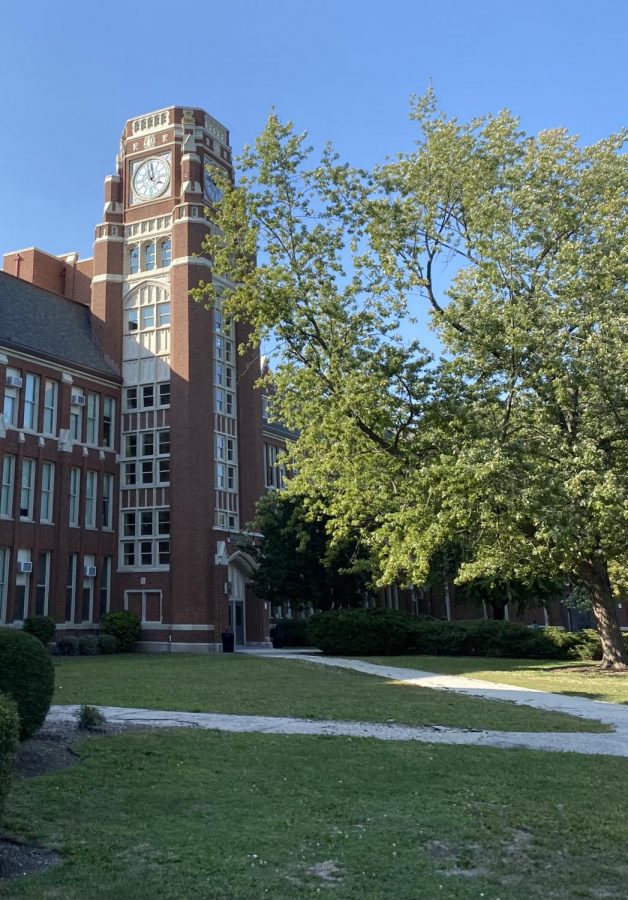 Lane athletics were indefinitely put on hold earlier this week, meaning many winter athletes that were going to compete in the building in the coming weeks will not be able to. (File photo)

Just three weeks after CPS basketball players and wrestlers were informed their seasons were on hold, the rest of the winter CPS athletes found a similar fate on Tuesday.

As Illinois continues to see record levels of coronavirus cases, in a CPS announcement earlier this week, the district said, “Governor Pritzker has moved Illinois to Tier 3 of the Restore Illinois Mitigation Plan beginning Friday, November 20, in order to slow the spread of COVID-19. In line with this decision, high school sports—including practices and competitions—will be paused until further notice.”

Two days after CPS made the announcement, IHSA followed suit and temporarily paused all sports and activities.

Boys and girls bowling, boys swimming and diving, cheerleading and dance all were allowed to start their seasons on Nov. 16, just a day before CPS announced the postponement.

Lane coaches were disappointed, but not necessarily surprised, by the announcement.

“I am truly saddened at the thought of the season being cancelled and/or postponed at this time, as I was highly looking forward to it,” boys bowling head coach Kaitlyn Jensen told The Warrior via email. “I do feel that our athletes’ health and well-being is of utmost importance and if IHSA and CPS feel this is the best call to ensure everyone’s safety, I suppose I agree.  However, I am holding onto hope that our season could make a comeback at some point this school year, but only time and officials will tell.”

The cheerleading team was supposed to have tryouts this week, but the news led the team to cancel.

“Although I would love to be holding tryouts this week and preparing our competition cheer team to take the mat this season, the health and safety of our Lane Tech student athletes and families comes first,” cheerleading coach Maureen Murphy told The Warrior via email. “I support any decision that is going to keep my team healthy. We can wait and return with confidence and strength instead of uncertainty and worry.”

Athletes also had to digest the hard news and uncertainty of when, and if, they will have a season.

“Many of us on the boys bowling team are disappointed that we may not even have a season due to covid-19,” boys bowler Daniel Esguerra, Div. 259, said in a direct message. “Although, we all do understand that this is for everyone’s safety, we would love to at least have a spring season. This year in particular we have 3 seniors graduating and it would be unfortunate for them not to be able to bowl, because of how much they love the sport.

“And truly, most of us on the bowling team believed this was our best chance at winning city,” Esguerra continued. “We have looked at other school rosters, and had seen we had one of the best rosters, and overall it would just be very unfortunate for us to not be able to bowl.”

Girls bowler Kathryn Garwacki, a senior, faces the possibility of not having a senior season.

“The decision to suspend the bowling season is a bittersweet one. The team and I are family, and losing out on that final experience now is painful,” Garwack, Div. 167, told The Warrior via email. “I realize however, that the situation we are living through will only be resolved with complete cooperation and patience. Only then will we be allowed to return to the sport we love.”

Tia Pepper, a senior cheerleader, was also disappointed to hear that her senior season was postponed.

“I am obviously disappointed that our competition season was postponed,” Pepper, Div. 177, said in a direct message. “Although our season was expected to be very different due to COVID-19, I was excited for my final season on the team. I understand that a pause on our season is the safest thing to do for now and hope to be able to have a season sometime this year.”

For now, teams are left to wait for further guidance and hope for the best.

“As much as it saddened us all to know the season was being paused (right as it was beginning), we all know it was the best decision moving forward to keep everybody safe and we are hopeful for a return before the end of the school year,” girls bowling coach David Ruge said. “Should we get that opportunity, we will be ready and more excited than ever! We hope everybody stays safe and well!”