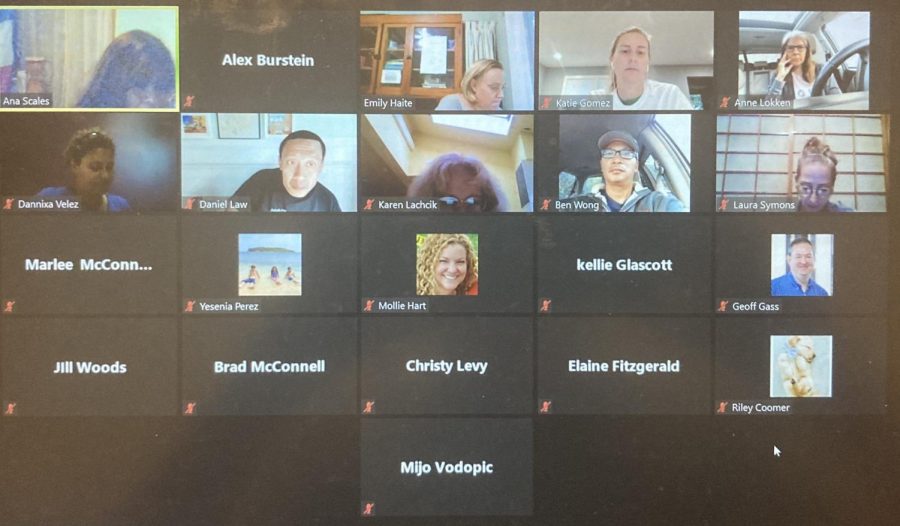 The elections, which were originally supposed to be held in April, offered mail-in voting to parents and staff for the first time because of the pandemic.

The student representative spot was the only election done virtually. Lane students were sent a Google Form to vote. Eric Garcia previously told The Warrior on Oct. 16 that he was not going to run (he had applied for the spring election). However, Garcia did not end up taking his name off the ballot and ended up winning the election by one vote, 61-60, over incumbent William Cashman.

Following the results, Garcia, who also serves on the Student Council Executive Board, told The Warrior that he will take the position. Although students have voted, Garcia still will need to be officially selected by the CPS Board of Education because the student vote is an advisory poll.

The other contested election was for the parent representative spots. Six spots were open and eight parents ran: six incumbents and two challengers. When all the votes were cast, challenger Catherine Ashlaw-Doherty won the final spot over incumbent Matthew Beaudet by five votes (177-172).

The five other incumbents — Benjamin Wong (328 votes), Emily Haite (286 votes), Laura Symons (236 votes), Anne Lokken (206 votes) and Patricia O’Keefe (179 votes) — will all retain their seats in the LSC. With 160 votes, challenger Claudia Muniz did not crack the top six. The parent representative spots are voted on by parents and community members and the vote is binding.

The non-teacher staff representative and teacher representative votes are non-binding, making the election just an advisory poll. But, as previously mentioned, none of the positions are contested. The CPS Board of Education has to formally appoint the representatives.

The two community representative spots, voted on by community members and parents, also were uncontested. Those spots are binding and do not require appointment from the Board of Education.

The new LSC will begin their term in January.

Correction: A previous version of this story indicated in the headline that nine incumbents won reelection. The correct number is ten. This error has been corrected.