Boys’ Softball undefeated for second year in a row 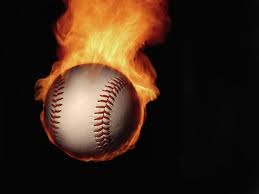 The 16-inch Boy’s Softball Team swung their bats, ran the bases, and scored themselves another City Championship this season, marking their second consecutive City title.

The team defeated Washington 12-3 in the final held at UIC in late October. The victory marked the 52nd consecutive game the team has won.

The team has also been recognized by ESPN’s Michael Wilbon who wrote to the team talking about mentioning their accomplishments on ESPN.

The players and coaches are very proud of the way the season ended. Alex Sheehan, Div. 254, said winning the championship twice in a row and being on a two year winning streak is the coolest thing he has been a part of at Lane.

“There is no doubt that it was fun, but some games were such blowouts that it would get slow and boring,” said Peter Tuttle, Div. 261.

The team faced many schools that were not as talented as they were leading to uninteresting “blowouts.”

“We probably put up close to 80 runs on [Steinmetz] in the last two years,” Sheehan said.

Clearly competition was not as tough for some games. Coach Stavrakas, the head coach since 2009, insists that even if some games were easily won, winning 52 games in a row takes a great deal of talent.

The team had some close calls along the way. One game in particular where their winning streak was threatened was against Taft. A baseball tournament was being held on the same day so only about half Lane’s team could make it to the softball game. With the team down to its final out in the last inning and the score tied, Tommy Lauletta, Div. 261, stepped into the batter’s box and delivered a pitch into right field, which brought in the winning run.

“It was a really awesome moment that truly defined us as a ‘never say die’ team,” Lauletta said.

Northside was another school that provided some good competition, but Lane fought through tough spots to continue their streak.

During the season, the coaches made the team practice every day, even through cold weather and rain. The frequent practices in less than ideal conditions helped ingrain a toughness in the boys that helped them in real games, according to Stavrakas.

Besides being physically conditioned for the games, the only special technique the team had to help with the victories was to be louder than any school.

“We always like to be intimidating, and [being loud] kind of freaked out the other teams,” Tuttle said.

Coach Stavrakas also had a specific technique that helped the team claim the undefeated title.

“I was very loose about the whole thing. We talked about the streak a lot and I didn’t believe in ‘jinxing’ the team if I did,” he said.

Coach Stavrakas wanted the boys to be comfortable with any outcome.

Tuttle said that Coach Stavrakas still had really high expectations for the team.

“[His expectations] really pushed us to work harder because for some reason we didn’t want to disappoint him,” Tuttle said.

Aside from the competition and pressure, the team had a brotherly bond that lasted through the season.

“I am going to miss the guys so much. We had a lot of fun playing and I will never forget them,” said Cody Davis, Div. 270.

“With dedication and hard work, we can do it,” he said.