Are books in danger? No, but the way we interact with them is changing 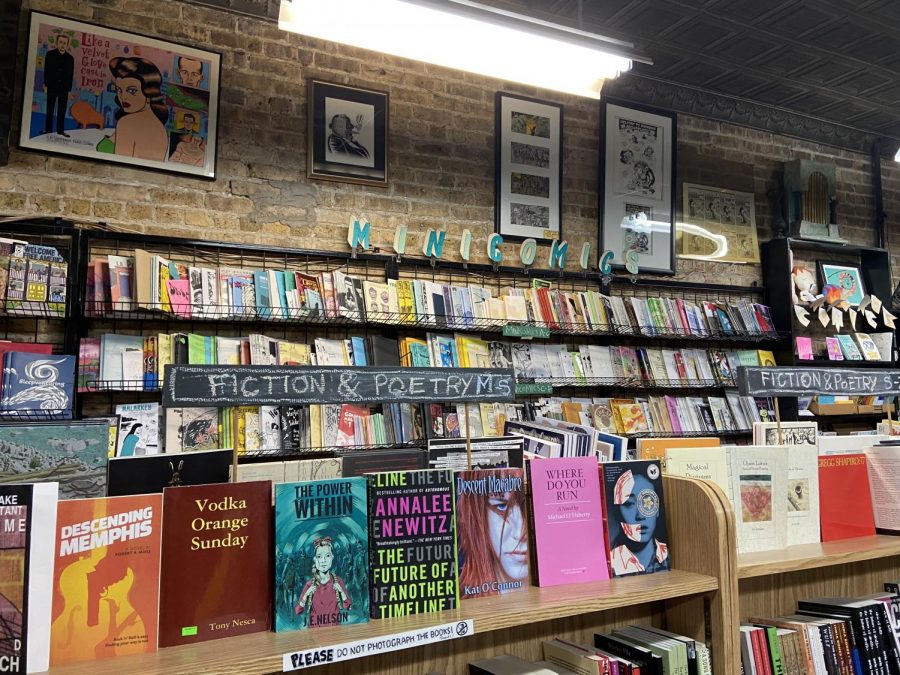 Year after year, I notice more of my favorite bookstores ending up dark and dreary with a closed sign on the door rather than a door that’s always swinging back and forth with happy customers clinging to their next read. The COVID-19 pandemic has caused bookstores all over the city to close such as City Lit in Logan Square which is said to be closed forever by the end of the year.

Most bookstores are struggling, according to the American Booksellers Association, especially independent ones — 20% of them are in danger of closing, and more than one independent bookstore has closed each week since the start of the pandemic.

However, book sales in America are up 6%, according to the Nielsen BookScan, even with the suffering economy. But this is due to many reasons, such as companies like Amazon growing while independent bookstores are staggering.

Yet, books have also found themselves all over social media with the formations of “Booktube,” “#bookstagram,” and various podcasts dedicated to talking about books, connecting readers from all over the world.

Despite books’ increased online presence, according to a report by the National Endowment for the Arts, the percentage of American adults who read any sort of literature (books, plays, etc.) is on a steady decline.

Their conclusion: education tends to be the deciding factor. The higher the academic degree, the more engaged in reading the reader tends to be.

But some Lane students are getting involved in different ways that are working against these trends. With clubs like Battle of the Books and Lane Literary Society and the many English electives Lane offers — Lane teachers and students are trying to get more and more students to read.

Shumei Gong, Div. 450, who was a part of Battle of the Books from 2018-20, including the 2019-20 season where their team won the City Championship, said that the club encouraged her and her friends to read more.

“When they [her friends] joined Battle of the Books, I noticed that they were definitely reading a lot more — like on their own time, not just what the English curriculum at Lane had us read,” Gong said.

Vale says the English department is steadily growing each year.

“We have quite a few interesting literature electives that are in the department and they fill up and students love to take them,” Vale said. “Not only is it about the reading experience but it’s about the teachers because they might have field trips or films or art, vivid discussions, and all of these things make the text attractive to students.”

Gong thinks many Lane students read, attributing that to the English teachers and the nature of the school.

“I think it’s a little expected of us to be so connected with literature, and the Lane English teachers are also very accomplished, so I think they also push reading onto us,” Gong said.

Vale said she thinks that teachers can make a huge impact on the way students view books.

“If the teacher provides support for the student, then I think the student will feel more confident and want to read those books.

“Teachers are kind of like the advertisers of a book,” Vale continued. “You have to make the text fun even when it’s a serious text — there’s got to be some sort of attraction to it otherwise students don’t want to read it.”

But many students just don’t have the time to read a book because there are many things that compete for a student’s attention. Many Lane students have commitments outside of school such as work, family and athletics.

Because of these commitments, lack of time usually is an issue for students when they take the time to read.

Vale pointed out that a common problem for students is not having a lot of time after school to do their assigned reading.

She also said how technological distractions are also prevalent now because there is a lot of technology in our world.

All the technological distractions are due to new technology constantly being formed that has not been around for a substantial period of time.

“There are a lot more products and platforms competing for your attention today than there were 30 years ago — video games have exploded in popularity and movies have transformed from something you did at the theater to something you do at home,” Christopher Ingraham of the Washington Post wrote. “Perhaps most important, the Internet, with its infinite distractions, did not exist 30 years ago.”

Gen Carlozo Div. 268, president of the Horror Movie Club, agrees with this, as she says movies have become much more accessible.

“Movie theaters. They are a thing — but obviously because of COVID, people can’t go — that definitely has hurt the industry, but I think online streaming is still very much a thing,” she said.  “Some people, like me included, we just don’t want to make that commitment of sitting down to read something because it’s going to take time.”

The Internet offers many distractions from books. One big one: social media.

Carlozo describes social media and cancel culture as “this huge divide where there’s lots of a conversation of like my opinion and your opinion.”

She said that topics being discussed on the internet are becoming more popular, and engaging more people, due to social media.

“You go on Twitter one day (even if you aren’t normally on Twitter) and you see that something is trending and you’re going to want to read more about it,” Carlozo said.

Kirsammer agrees. “I think there are more people online reading stuff so they don’t need to get a book —  physical book.”

He also said, “[with] all the other ways to get media, you don’t necessarily need to get a book.”

The future of books looks to be changing as the world becomes more technologically driven.

“I think the way we read books, it’s going to be a little bit different,” Vale said. “Reading is an essential skill, and as things become more and more text-based, reading doesn’t go away, reading just changes its platform or medium but reading is something that everyone needs to do and do well, or they will be fooled by the world.”

However, there is still hope for the future as the most significant gain in book sales from 2017 has been in the kid’s section. Even though today’s kids have access to so much more technology than any other generation had, they’re still reading, according to Ooligan Press.

Reading doesn’t have to be reading a book. It can include a social media post, news, or an email. It can even be the understanding of song lyrics, movies, and advertisements. Some people can even get into reading later in their life when they acquire that confidence with texts, according to Vale.

“Reading means that you are able to understand what you were reading, to make connections, to analyze, to infer things, and to circle back into form an opinion that is knowledgeable and reflective of what you’ve understood from what you’ve read,” Vale said.