December LSC meetings features State of the School Address, a report from the Renaming Committee and more 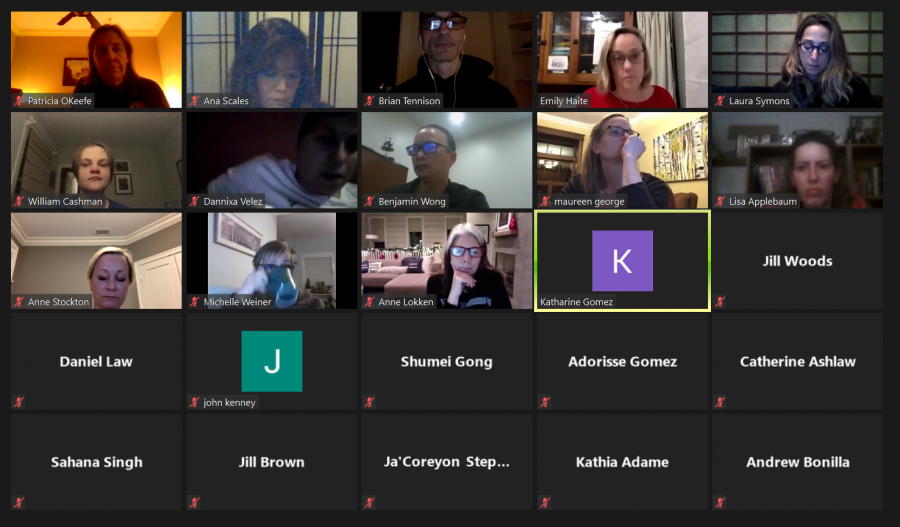 The Lane Tech Local School Council (LSC) met virtually Thursday night for their final meeting of 2020, as well as the final meeting for this current term. The newly elected council will start their terms next month.

December’s LSC meeting had a full agenda which included Principal Brain Tennison’s State of the School Address, updates on the stadium name dedication and much more. Here’s a full recap:

Teacher representative Katharine Gomez gave this month’s report for the Lane Professional Personnel Leadership Committee (PPLC). Gomez said that this year the PPLC has been looking at grading practices and reading the book “Grading for Equity.”

Parent representative Patricia O’Keefe mentioned the problems with giving students zeros and how it really affects grades and learning. Gomez said that the committee is working on how to improve grading policies, including possible changes to zeros and late work. The PPLC is working on grading standardization.

Haite also said that the Continuous Improvement Work Plan (CIWP), which Haite helps make, has a focus on grading.

The Lane Renaming Committee continues to work towards their goal of having a new symbol for the school by the time the Class of 2021 graduates. The group had a meeting this week, where the president of the Lane Alumni Association, Michelle Weiner, and teacher Brian Telles talked about the history of symbols at Lane.

Assistant principal Damir Ara will also help with a video on the history of symbols at Lane. The idea, the committee said, was to get the first survey out right after finals.

The committee is placing an emphasis on the historical impact of symbols at Lane so that when the survey goes out, people who are responding are informed.

Anne Stockton, a new Friends of Lane member and parent of a freshman, gave this month’s report.

Stockton said the annual appeal is going well and donations are still coming in. She said that the appeal was about 88% of where they were at this point last year, which Stockton noted is pretty good considering the pandemic. Stockton encouraged people to see if businesses will do corporate matches.

Volunteering for the appeal is harder this year because of the pandemic, but Friends of Lane is still looking for help, including with things such as grant writing.

The fundraiser for teacher appreciation has been very strong, according to Stockton. She said that there have been twice as many donors and money donated this year compared to last year. According to Stockton, gifts went out to the teachers either last night or today.

The Alumni Association is continuing a busy stretch of fundraisers and projects as Weiner reported on Thursday.

Weiner said that the teacher grant cycle had cut the last check on Tuesday, all in all granting a total of $13,000 to 17 faculty members. Projects the money will be used for include materials for the cross country team, editing software for drama, materials for the creation lab and more.

Additionally, last week the “Snow Bank” winter donations concluded. Nearly 300 items were delivered to the school through Target and Amazon registries. Weiner said that people donated from as far as Hawaii.

Planning continues for the 50th anniversary of girls being allowed at Lane. Weiner said that the association found some male students who marched downtown in protest of girls being allowed at school, and one of them even joined a Zoom call with fifteen women. The plan for the anniversary, according to Weiner, includes an exhibit with stories from back then as well as a replica desk or locker with artifacts that would have been used back when girls were first admitted.

The other major project being taken on by the Alumni Association is the effort to dedicate the field at Lane Stadium after Fredrick “Fritz” Pollard, a 1912 Lane alum who broke multi racial barriers in the world of football. Weiner said they have made it through CPS Sports Administration and Legal, and they are not collecting affirmation documents and materials from stakeholders before seeking approval from CPS CEO Janice Jackson. The goal, according to Weiner, is to get anointment and launch the project in Black History Month, and then have the dedication ready by homecoming.

Weiner concluded her report by saying the Alumni Association is closing today and will reopen Jan. 4.

Principal Tennison gave the annual state of the school report on the progress of the school. This year’s report contained some gaps in the date because of COVID-19. Most of the data was from CPS, but some was collected through College Board.

Tennison talked about CPS’ and Lane’s 5-year plans. Lane has a big focus on equity, according to Tennison, and equity in practice will mean that every student has the proper rigor all the time.

According to Tennison, some of the highlights from the 2019-20 school year were carrying out AP exams remotely, phasing out regular-level English classes and providing professional development to staff on equity.

Tennison ended the presentation talking about the increased window for selective enrollment, as well as CPS’ goal to make the percentage of kids with Individual Education Plans (IEPs) similar throughout every school in the district..

This prompted a question from parent representative Laura Symons — will this lower the number of general population students? Tennison said yes, and not by small margins either. Currently around 4 ½ %  of Lane has IEPs.

CPS is currently made up of about 14% of students with IEPs, and the goal is for every school, including selective enrollment, to be representative of that 14%. CPS has given Lane the number of IEP seats they’ll be selecting next year, and Tennison said it’s a four-fold increase from this year’s number.

IEP seats are a separate category of application from general education seats, according to Tennison.

The process will grow gradually to get to the 14% goal, according to Tennison. Lane has around 525 students who have 504 plans, but those students do not count towards the number.

At the November meeting, the LSC voted to say that they support the dedication of the field at Lane Stadium after Fritz Pollard.

During yesterday’s meeting, Tennison said he wrote a letter saying that he approves the dedication of the field, and Haite is writing a letter on the same matter. They will use last month’s vote to show that the LSC supports the project.

Weiner mentioned that it is not a renaming of the stadium, but a dedication of the field. The field at Lane Stadium has never been dedicated before.

All of the current LSC members have the dedication proposal package, and the Alumni Association will assume responsibility of the whole dedication project.

There were no check and fundraiser approvals at this month’s meeting.

The results of the LSC elections had to be certified. The results sheet that Tennison shared contained a few errors, but the LSC unanimously voted to approve the correct votes. The new LSC will have an organizational meeting at 6:15 p.m., immediately before their first meeting on Jan. 21.

The final major agenda item of the night related to a letter that the Whitney Young LSC is considering sending to CPS regarding screen time. The letter, which Jones College Prep also is being asked to sign, would ask for more flexibility surrounding the schedule.

The letter was met with some hesitation from the Lane LSC, mainly due to the fact that school already has gained the Myrtle and Gold Day and does not want to push the boundary.

Tennison explained that Lane was eventually able to do to Myrtle and Gold Day because they didn’t have to change the schedule, something that would have required a union vote.

Parent representative Benjamin Wong mentioned that he had heard a rumor that CPS is going to disallow any type of days like Myrtle and Gold Day, but Tennison had not heard anything on that matter at the time of the meeting.

Overall, everyone who talked about the Myrtle and Gold Days at the meeting had positive experiences surrounding it. Gomez said that the staff as a whole should probably be addressed, but from those she has talked to there has been positive response.

Old Business
There was no old business for this month’s meeting.