Editorial Board statement on the events of Jan. 6 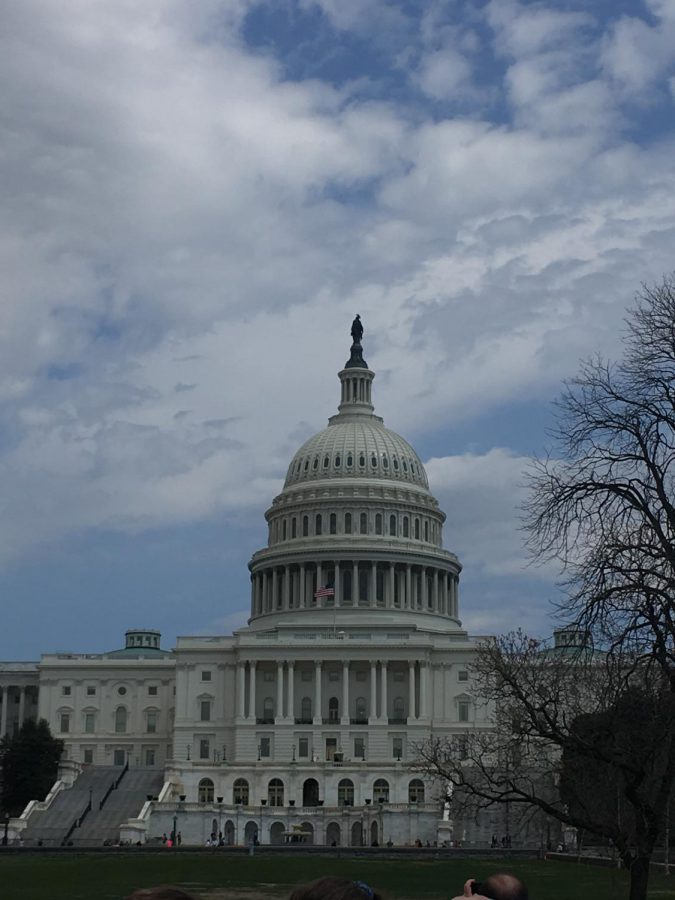 Most days, such as in the May 2019 photo above, the Capitol Building in Washington, D.C. stands as a beacon of American democracy. This past Wednesday's events put America's democratic reputation on the line.

There is not much we can add to the clamor of voices from both sides of the aisle and all corners of the country that have roundly condemned the antidemocratic and violent display that occurred at the Capitol Building on Jan. 6. As a student newspaper, we unequivocally support the American people’s right to protest, to petition, to demand redress of grievance — but Wednesday’s actions were not a simple protest. It was an insurrection mounted against the government of the United States, fomented by President Donald Trump himself, and enabled by some Republican members of the House and Senate; it was an attempt by a subset of the American people to subvert the results of a free and fair election and keep Donald Trump in power.

This is what it was, and the history books will know it as such.

In the wake of this attack, the Lane Counseling Department sent an email to the student body in which they acknowledged “that the events on Wednesday in our nation’s capitol were traumatic and shocking” and urged students to “remember that your counselors are available to help and support you as you process the events that unfolded in the Capitol on Wednesday.” We thank the counseling department for this response.

As students who are, for the most part, just now coming to our full political consciousness, it is more important now than ever to rebuke debacles such as the one we witnessed on Wednesday and identify them clearly as highly irregular, jackbooted attempts to wrest power from the people. Otherwise, we risk legitimizing conduct like this in the minds of an entire generation of citizens and voters.

To this end, we thank the teachers who rightly took time in class to discuss Wednesday’s insurrection.

We remind teachers who did not discuss these events that their choice has certain implications: it telegraphs to your students that nothing changed, that we did not witness an insurrection unprecedented in modern history, that this is business as usual. Your actions telegraph that one day of instruction time is more important than allowing your students to process and understand a historic day in our nation. Most importantly, most damagingly, you telegraph that flagrant, unprecedented attempts to sabotage democratic processes warrant no deviation from routine.

Hopefully, though, Wednesday’s events have made us, as the next generation of young voters, internalize that democracy is indeed a fragile, anthropogenic thing: there is no system of nature, no homeostasis that makes democracy work. It is an intentional, sustained, combined effort — and only that effort — that secures the fate of a free republic. We cannot rely on the strength of our traditions.

It is vital to our democracy, then, that we support the House Democrats’ efforts to immediately end Trump’s presidency. He has constantly, unabashedly attacked democracy — not only with spurring the events of Wednesday, but with everything that has happened in the last four years — and he must go before he does any more damage.

Staff Editorials represent the majority view of The Warrior’s Editorial Board.