Is it safe to reopen schools? 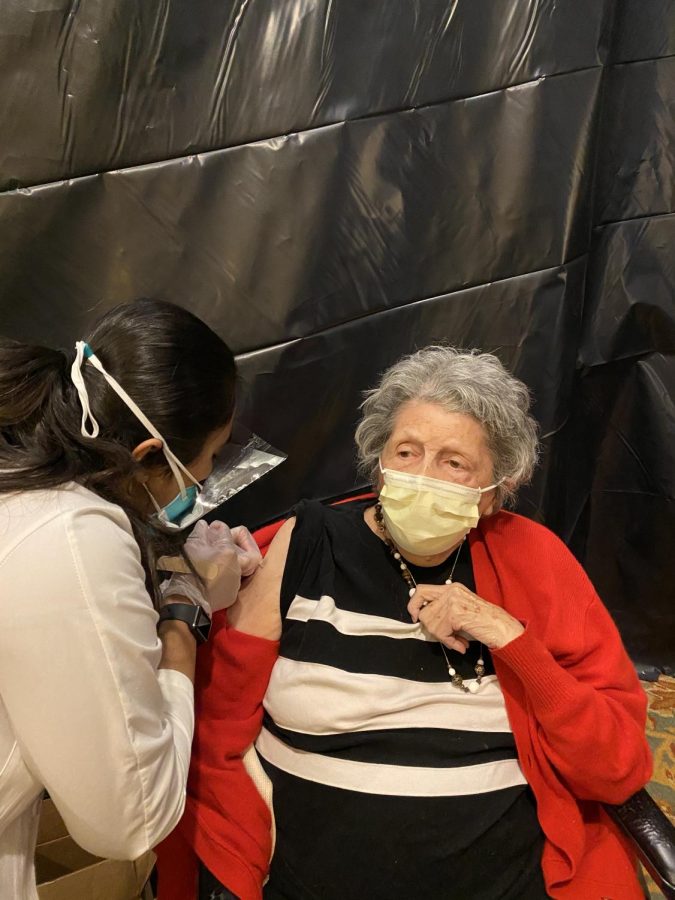 Although some argue that the vaccine isn’t a prerequisite to reopening schools, the vaccine has opened up possibilities of a safer return for high school students. Chicago is planning to reach phase 2 of vaccinations by May 31, which consists of all Chicagoans age 16+ receiving the vaccination.

Even before the vaccine first started being distributed, CPS responded by releasing a reopening letter on Nov. 23, 2020. This letter highlights a reopening plan for students in Pre-K and cluster programs to return on Jan. 11 and K-8 to return on Feb. 1.

Reopening plans have since changed with CPS sending out an email on Feb. 12 due to prior complications with the CTU. Teachers, staff, and students in Pre-K and cluster programs returned on Feb. 11. Teachers and staff who teach K-5 will return on Feb. 22 while their students will return on March 1, along with teachers and staff in charge of grades 6-8. Students in 6-8 will be the last to return on March 8. With this new reopening plan, CPS is still planning to distribute the vaccine to teachers and other staff members.

Sadday Munoz, Div. 274, and Emily Moreno, Div. 275, had similar opinions regarding the vaccine and the possibilities of schools reopening. Both said that, when possible, they would be open to taking the vaccine but would be wary of schools being opened so soon after the distribution. They said that remote learning has been beneficial in terms of being more relaxed but frustrating because of certain factors. They want to return to schools for the in-person experience but feel as though reopening anytime soon would be unsafe.

Munoz said that remote learning has its upsides and downsides. He said that it’s not as stressful, but the incentive to do work is much less when compared to in-person learning. And some teachers take advantage of the fact that students are home to assign more work, which he said is taxing on students physically and mentally.

“It’s more relaxed online so it’s even harder because some teachers don’t really take into account the outside factors of being at home,” Munoz said. “There could be trouble at home with family or friends. There’s people who pass away from the virus, it’s a mental toll on students. Frankly, those teachers who assign too much work are really making it worse and making it harder to study in peace with these circumstances.”

On the other hand, Moreno said she benefits from the relaxing atmosphere because of how stressful in-person junior year normally is for students. Although, she acknowledged that certain subjects are harder to grasp online compared to in-person classes.

“I personally think, in terms of junior year, online school has been helpful,” Moreno said. “Had we been in person, I would’ve had a lot more time constraints and a lot less sleep then I would at the moment. But then again learning online is a lot harder to grasp and learn things. Like, in German I used to be really good at understanding the language and being able to speak it, but learning it online has just been hard to do.”

As for in-person learning, students said they miss the high school experience.

“It made me more sentimental and appreciative of the experience I did have in in-person school. As a junior, I don’t know if I’ll be able to experience it again,” Moreno said. “It’s very sentimental for the class of 2020 and 2021 because they didn’t get their senior year and they won’t get to appreciate prom and other senior events. And for all of us, even the little things like waking up at 7 in the morning and going to go get Dunkin’ Donuts with friends. We all remember these experiences and appreciate them. It feels like we took it for granted.”

Chicago is in phase 1B of vaccinations, meaning that those age 65+ and specific high-risk groups are eligible to receive vaccination. The vaccines being distributed in this phase are the Moderna and Pfizer-BioNTech vaccines, according to the Illinois Department of Public Health. Moderna is for individuals 18+ and Pfizer-BioNTech is for those 16+. Right now, most high school students aren’t able to receive the vaccination because they aren’t in high-risk groups but eventually, these would be the vaccines distributed to that age group and to CPS teachers and other staff members.

Munoz and Moreno said they wouldn’t be opposed to taking these vaccines but are wary of the possible side effects.

“I’d rather not be a guinea pig,” Moreno said. ”I wanna see how the vaccine works for the rest of our age group. Obviously, it’s a new vaccine so we wouldn’t exactly know about all the side effects or all the long-term effects of it. Some people are scared to take it because they think there’s going to be a microchip in it that would track us, but I don’t agree with that. I’m just slightly worried about the possible side effects.”

CPS is distributing the vaccine solely to teachers and staff members, and it isn’t a prerequisite for students to get the vaccine to return to schools. The district highlighted in the reopening plan that they will be taking considerable precautions such as enforcing social distancing at all times and distributing face masks, if necessary.

Munoz and Moreno said that CPS is being too hasty regarding this reopening plan. They feel that going back to school this year is almost impossible, even with the precautions and a possible vaccine distribution. Especially because students won’t be receiving the vaccine until later in the year, and those under 16 aren’t eligible to receive the vaccination at all.

“I really doubt we would be able to go in-person safely [this year] even with the vaccine. The mayor already wants younger students to come back to school, I think, this Monday (Feb. 1). Since they were technically supposed to be going in-person in groups. Students in preschool were supposed to start a month ago. This is too ambitious and frankly, it would be really catastrophic if it gets put into effect,” Munoz said.

Munoz had strong feelings against the reopening of schools and the city in general. He said that restaurants and other public places should not be opened because cases are just starting to slow down. He said that there’s a risk whether or not you’ve been vaccinated and when COVID-19 was first traced, the city should’ve taken more precautions.

“Frankly, I feel like this would ruin the lives and businesses of many people because it’s gonna prolong the quarantine. It’s gonna fill up the hospitals more than they can take. It’s basically going to ruin the Chicago economy and Illinois economy,” Munoz said. “It doesn’t make sense to put these plans into effect until it’s put in safely. Even before, when quarantine first started they could have acted more aggressively, and maybe this would have been a different discussion.”