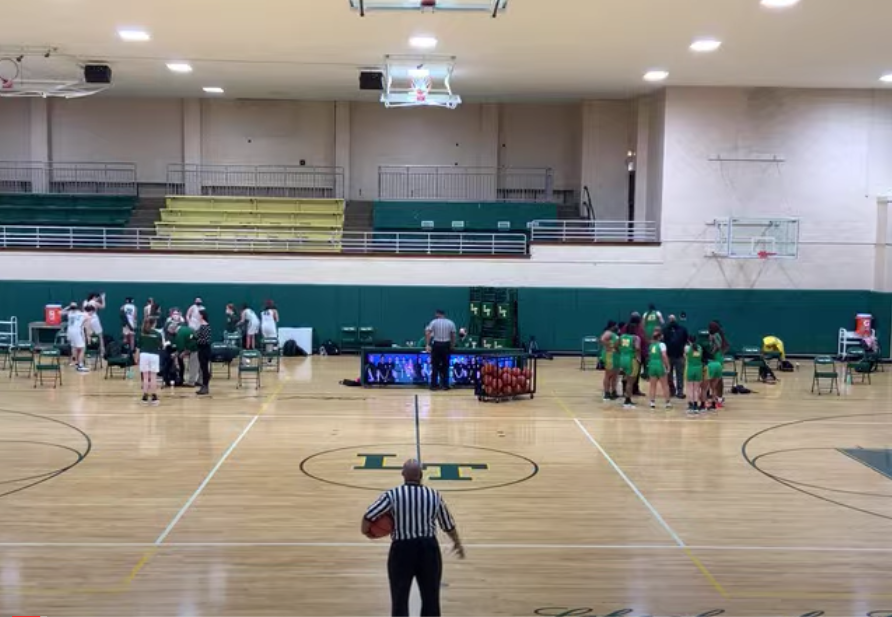 Twelve months after Lane’s girls basketball team ended their season in the state playoffs, the team took the court tonight once again.

Despite a much different atmosphere from last year — no fans, socially distanced players on the sideline and more COVID-19 protocols — Lane was able to eke out a victory, 51-48, at home vs. the Westinghouse Warriors.

Lane (1-0, 1-0 conference) held the lead from the first whistle to the final one, with the exception of a brief four point lead by Westinghouse in the fourth quarter.

The game was anything but normal from the start, with pandemic rules calling for no tip-offs to start games.

It was not hard to see that the teams hadn’t played organized high school games in over a year, with rusty shooting to start the game. Lane was able to make a layup, three-pointer and three free throws to take an early 8-2 lead.

Lane stayed in the lead after limiting Westinghouse’s shot opportunities throughout the first quarter, ending the first eight minutes of play with a 15-9 lead.

And while Lane took control in the first half of the second quarter, jumping out to a 24-13 lead, a 9-0 run from Westinghouse cut Lane’s lead to two points at the half.

The second half followed a similar story, with Lane jumping out to a 32-24 lead, and then Westinghouse slowly working their way back, including a three-pointer at the third quarter buzzer to pull within one, 36-35.

After the Warriors stormed back to take a 41-37 lead, Lane scored 10 unanswered, followed by back and forth shots and free throws, to seal the season opening win.

Lane will continue their season on Thursday, hitting the road for the first time as they take on Payton at 5 p.m. Westinghouse (0-1, 0-1) will play Jones at home on Thursday.