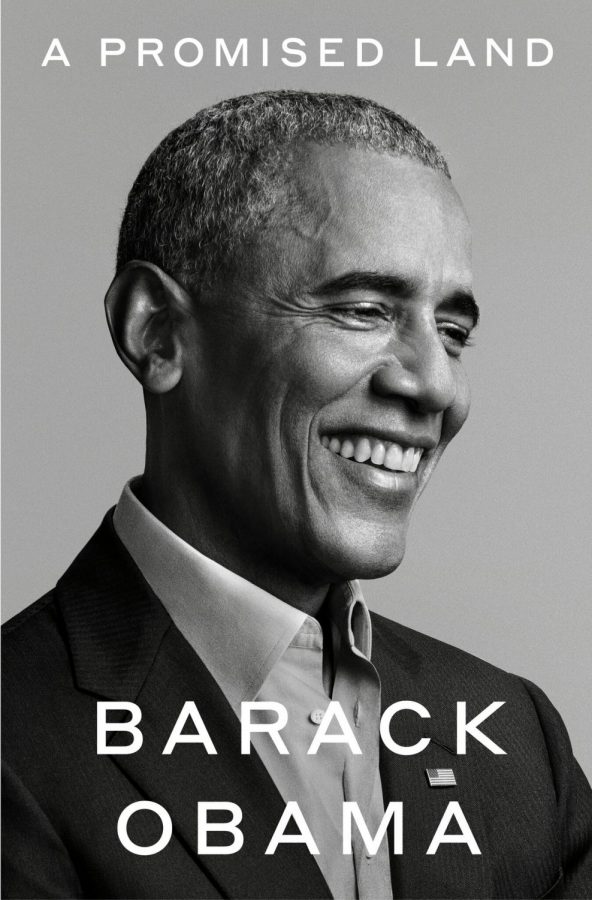 After former President Barack Obama’s two terms in the White House and a disastrous election in 2016, he sat down to write his memoir: “A Promised Land”. He commences it with the beginning of his life in Hawaii, to the start of his activist youth in Chicago and Harvard University, to the creation of his career in politics, and the journey to becoming the 44th president of the United States. He then ends it before the completion of his first term in 2011 with the raid that killed Osama bin Laden.

Obama released his memoir two weeks after the 2020 election and it continues its upward projectile spike in 2021 after the inauguration of President Joseph R. Biden, Obama’s longtime friend and former vice president, and in the wake of the departure of former President Trump, a harsh critic of Obama. “A Promised Land” was also the top-selling book of 2020 following a comeback in print books.

Throughout his memoir, Obama details his honest experiences throughout his life in politics, giving detailed reports about some of his most famous and lesser-known policies that changed the world and the United States. He mentions his relationships with various foreign policy leaders as well as several domestic leaders — from Vladimir Putin to Mitch McConnell.

More importantly, Obama dedicates this book to the youth of the world. He inspires his young audience to bring change into the world and hopes his book offers faith for what’s to come. He invites them to take charge and bring something new. He specifically asks them to bring a new America — one that aligns with what is best for everyone.

Obama begins his memoir with a personal tale of race and class. His family inspired him, and the diversity of races and socioeconomic classes in his own family impacted the way he viewed policy, along with every decision he made. He grew up in a biracial family with his grandparents and mom, spending his youth living in Hawaii and Indonesia.

Obama takes readers inside his head as he goes through evaluating and picking his team, avoiding scandals, and fixing critical issues. He discusses the Economic Recession of 2008 and the Recovery Act, the wars with Iraq and Afghanistan, and the creation of new bills that changed the country.

Obama’s beautiful descriptions of his captivating political life and his average family issues are what tie the book together. It makes him a real, vulnerable man who can connect to everyday people — which is what he so desperately wants. He brings up a recurring fantasy of his where he walks out in the middle of the street and no one recognizes him. He can buy ice cream for his daughters without people running up to him to ask for a picture. He can even take his daughters to the zoo with average Americans around him and no security threat.

This reminded me of a story my dad told me about Obama when he was a senator from Illinois. One day, a friend of my dad’s took his daughters to a nearby park. His daughters quickly became friends with the other two girls at the park and my dad’s friend sat down next to the father of the two girls and started a conversation with him. My dad’s friend asked the man with the daughters what his job was to which he responded, “I help people.” My dad’s friend asked the man to clarify and he said the same thing: “I help people.” My dad’s friend eventually found out when Obama ran for president that he was the man from the park. Even though I was not at the park that day, Obama’s lines always stuck with me. From that day on, I started to look up to former President Obama because to me, he was a man who effected change. He wanted to make the United States a home for everyone.

I first saw that change with my parents. They were both hit hard by the recession, which led to their hatred of the current president at the time: President George W. Bush. I grew up knowing that Bush was on the same pedestal as the Dallas Cowboys or the New York Yankees — my dad’s two least favorite sports teams. But as we settled into our new life — picking up the shattered pieces from the recession, I began to see optimism in my parents again. They both began working again and suddenly my prayers had been answered.

For that, I grew up forever thankful for Obama, and his memoir only intensified these feelings. To be president of the United States is a difficult job in itself, but especially when there are more eyes on you to make sure you’re not making the wrong move, the job becomes even more difficult.

One very relevant piece of information Obama writes about in his memoir was his experiences and opinions of Trump. Obama writes about the troubles he had early on in his presidency with the Tea Party: a conservative political movement started early during Obama’s presidency. He writes how this was the beginning of disruptive political diversion in the United States and was fueled by Trump’s false tactics that only increased the Tea Party’s following.

Obama’s honesty in “A Promised Land” was refreshing especially because there is a general assumption that there is no such thing as truth in Washington. However, his honesty was a little out of touch because it didn’t fit with Obama’s character as a warm-hearted man who found a way to respect everyone. His very honest reviews of several people he worked with fit the narrative of a divided America. Those truths come out as he tirelessly tried to piece the broken pieces of American democracy back together again by introducing bipartisan politics that pleased both sides to create Obama’s America. But, as he writes in his book, the emergence of a more divided America became more clear as the right became more right and the left became more left — there was often no middle ground, with both sides restoring criticism when groundbreaking acts were signed. He writes reflecting back on this time as to how someone, as loved as he was, was precessed by someone so different from him.

That desire to persist for more change will only continue as he plans to finish his story in a second volume. With the beginning of a new administration after the 2016 election, we can only hope for a better outcome, but we know what happened. Grim reality sets in as we are left with Donald J. Trump: a catastrophic man who shatters Obama’s America and divides it up into competing teams looking for blood — the opposite of the bipartisan politics from the Obama age.