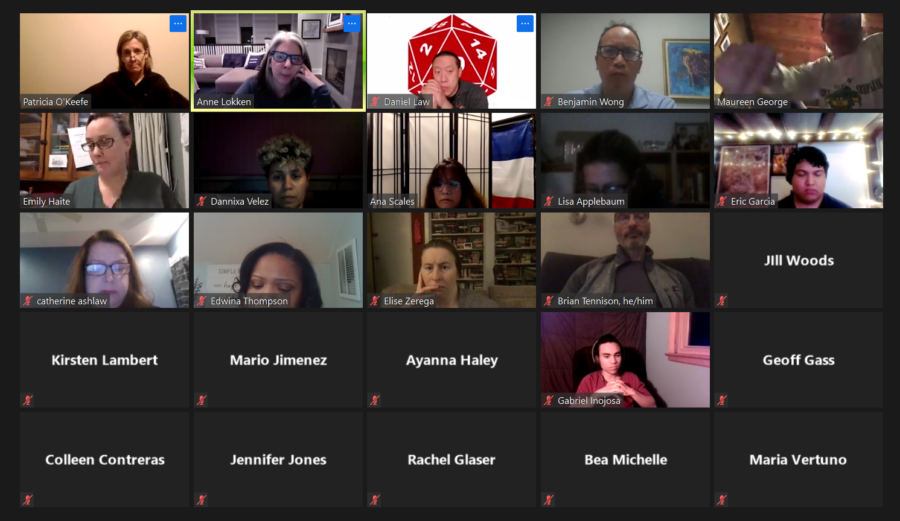 CPS high school students and parents across the city are facing the decision of whether they want to return to school for hybrid learning, pending negotiations with the CTU.

Despite the fact that CPS is already moving forward with reopening, the Lane Local School Council (LSC) is still working to be a part of the decision-making process.

At this month’s LSC meeting on March 18, the council approved a resolution, a response to the CPS reopening plan, that they had been debating for months. The resolution was passed, as long as certain changes discussed during the meeting are made. This resolution comes as the LSC announced that 55% of respondents in a student survey said they were against a return to school.

The points out Lane’s unique circumstances in reopening as such a populous school that draws students from around the city, causing concerns from some regarding Chicago Transit Authority safety and inequity. It asks CPS to recognize that each school has their own unique circumstances for reopening.

Earlier in the week at a CPS high school reopening town hall, district officials said that each school has to come up with their own plan once they know how many kids are opting-in. Principal Tennison said at the meeting that as of Thursday, 45% of Lane families who responded to the fourth quarter opt-in form were opting-in. The deadline for that form is tomorrow, March 23.

Prior to the passing of the resolution, the LSC went on with their normal duties. Chairperson Emily Haite opened the meeting with a brief statement prior to public participation.

Haite said she left the March 10 virtual CPS Town Hall on reopening with questions on topics such as lunch and transportation to school.

With the changed public participation structure, only eight speakers spoke this month ‒ three students, a teacher and four parents.

The students and teachers were all clearly against a return to school, while the parents were less decisive. It seemed as if most of the parents who spoke were in favor of an option to return, but were concerned about the current plan (or lack thereof).

After the reports, including a Principal’s Report from Principal Brian Tennison that gave a closer look at the possible return, and new business (see below for more on reports and new business), the LSC returned to old business focusing on the return to school.

After a strong student presence at last month’s meeting, the LSC sent out a survey to the student body. During Thursday’s meeting, the results were released.

The majority of students responded that they were against a return to school, with 55.5% of the 1,478 students who responded against a return. Lane had 4,385 students last year, according to US News & World Report. This survey was also more closely aligned to the actual racial make-up of Lane than the parent survey, View the full results here:

Teacher Representative Mr. Law also presented the results of a teacher survey taken in January. A majority of teachers were also against a return to school. You can view those results below:

The LSC remained divided as they discussed any potential resolutions or letters regarding reopening. Chairperson Emily Haite expressed her concern over the logistics of CPS’ plan for Lane, citing unreliable WiFi, a small lunchroom and getting students in the building, among other concerns.

“I just cannot wrap my head logistically around how some of these things are going to work with the amount of students and teachers we have and the lack of support staff that we have,” Haite said.

“I don’t trust CPS. I don’t believe that they have given guidelines that can be met for our school,” Haite continued.

The LSC then voted unanimously, with Tennison abstaining, to approve the resolution given the aforementioned changes. Final approval will happen via email.

The meeting concluded with a conversation regarding the community feedback survey. See more on that below. The LSC will meet next on April 15.

In the principal report, Tennison outlined how Lane’s reopening process will look with 45% of Lane students opting in as of Thursday, March 18, as CPS moves forward in the reopening process.

Safety procedures will include mandatory mask-wearing, as well as temperature checks and health screeners for students entering the building, according to Tennison.

Tennison said that Lane hopes to check in five people per minute, getting everyone into the building in about an hour. However, Tennison acknowledged that logistical and technical difficulties could lengthen the process.

Principal Tennison also revealed that students who opt-in for in-person learning will be expected to bring computers with them, as assignments will still be online so as to accommodate students who choose to stay remote.

Tennison said that he does not anticipate any kind of indoor prom, as expensive events such as prom must be approved by the Board of Education and planned one year in advance.

As for graduation, Tennison said that the administration is planning a drive-through graduation ceremony, as other options such as an indoor or stadium ceremony are not plausible with COVID-19 safety guidelines.

Teacher Representative Daniel Law gave a brief report on the Professional Personnel Leadership Committee (PPLC). Law said they are working towards a final vision statement for grading guidelines. They have been working with a “grading for equity” book.

A report on Lane’s Symbol Renaming Committee, given by Chairperson Haite, revealed that they aim to send a survey to the Lane community asking for symbol ideas by spring break. The committee plans to announce Lane’s new symbol by graduation.

Friends of Lane (FOL) representative Kristene Richardson recapped their Lane-a-palooza event, which raised just over $8,000. Richardson also went over FOL’s future events, including an online gala pending approval and a “Guide to the Common Application” event.

The LSC unanimously approved two checks: $35,537.17 for the “managed print program” and $50,526 for 34 MacBook Pros for another computer science room.

The LSC unanimously approved a motion for Lane to continue being a cell tower host for three carriers: Sprint, T-Mobile and Verizon. Lane will receive around $27,000 in revenue per year from the cell tower, less than in past years.

The LSC is in the process of creating the annual principal evaluation survey for the Lane community.

Teacher Representative Katharine Gomez, who was absent from the meeting, asked Chairperson Haite to inform the LSC of her request to not send the survey due to concerns that respondents will unfairly project their frustrations with remote learning onto Principal Tennison.

Representative Law agreed with Gomez. Representative O’Keefe, Parent Representative Benjamin Wong and Community Representative Ana Scales expressed their support for sending a survey, saying that the results don’t necessarily have to determine the content of the LSC’s evaluation.

The LSC agreed they will still send out the survey.