‘#FreeBritney:’ A movement to save one of the biggest pop stars 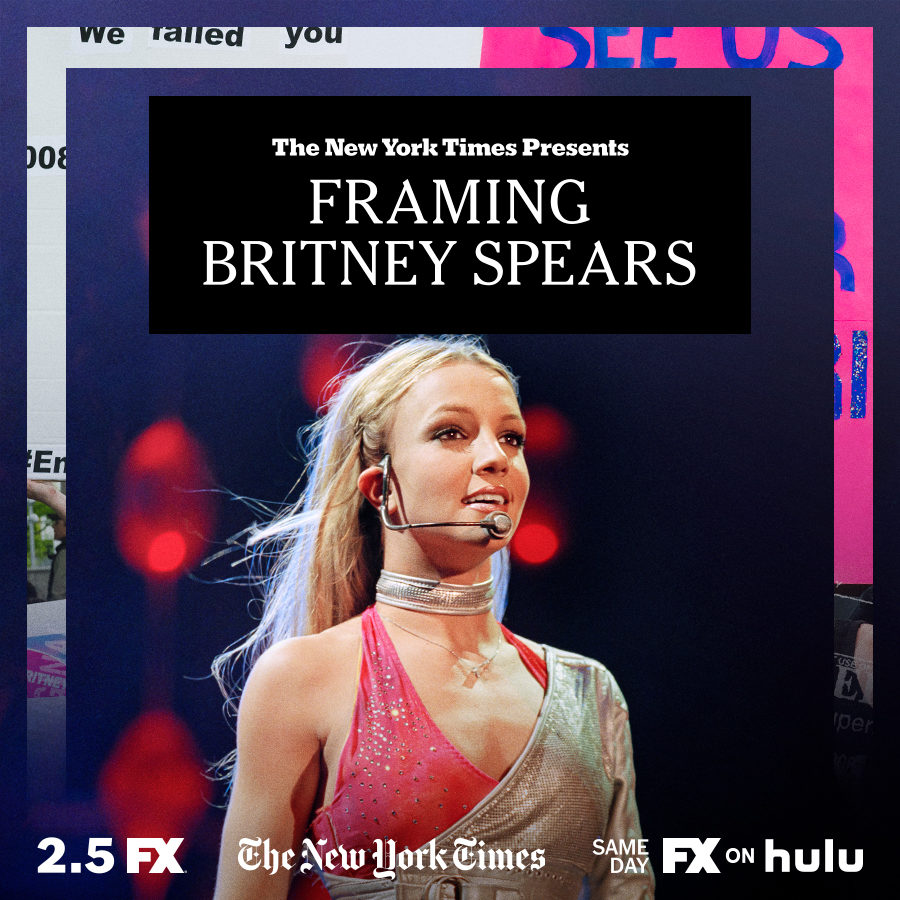 By Mara Mellits and Isabella Bryant

Britney Spears has been an idol to young teenagers since her breakout in the early 2000s. The girl-next-door look and personality all worked to create an innocent persona for Spears who was blowing up in the era of boy bands. She has always been a female idol that we’ve looked up to because Spears’ was never afraid to be herself and somewhere in our hearts, we wished to be like that too.

The New York Times created the “New York Times Presents,” a series of mini-documentaries on social issues in the media which air on FX but can be streamed from Hulu. In the “Free Britney” episode they discussed Spears’ life, from the beginning of her career to the present time. The show specifically centers on not just her career, but her relationship with her family, specifically her father, and how he went from being her inattentive parent when she was a young kid to making her decisions for her as an adult.

The documentary starts with the beginning of Spears’ life, in Kentwood, Louisiana, where Spears spent most of her childhood. She realized her talent at a young age, and her parents, with the little money they had, were motivated to pursue this talent. Her talent agent said she remembered Spears’ mom being more interested in Spears’ talent and the opportunities for her while her father was more concerned with how much money she could make for the family.

In her teenage years, Spears’ career started to take off, and as they do with every young star, the tabloids became obsessed, thus starting an ugly relationship with her.

With Spears’ breakout, it was a chance for people to unleash their frustrations at one of the only female pop singers in pop culture. She liked to express her femininity with her attitude and clothing, but many were uncomfortable with her confidence. The sexist media combined with an invasive family all set out to endanger Britney Spears. The “#FreeBritney” movement was established in 2009, to save Spears and welcome her back into pop culture; this time, with loving arms instead of knives.

“Free Britney” showcases the relationship between Spears and the media, which started off innocent but slowly but became toxic and obsessive when Spears began to be followed everywhere. This made her angry, thus starting Spears’ new philosophy of not trying to please everyone and to take control of her own life. Her friends during this time marveled at her because she was finally not letting anyone try to change her. The tabloids, angry about Spears’ newfound control, twisted their relationship by calling her a slut or crazy because of the way she dressed or the people she dated.

This was also when the paparazzi started harassing her when she was with her two sons. The paparazzi portrayed her as a bad mom for everything she did, whether that was trying to get her kids away from the paparazzi as fast as she could or hanging out with Lindsay Lohan instead of being at home with her kids. This part truly broke us because it showed us how the paparazzi was not only ruining her life but her family’s life as well.

She even became the punchline in lots of comedy shows, including “The Late Late Show with Craig Ferguson.” It’s horrible how much the media can put down a person, only for the goal of more viewers and higher ratings. This really started to tear her up inside, as she did more impulsive things that cost her sanity, such as shaving her head in front of the paparazzi where she was deemed “crazy” or taking an umbrella and beating up a paparazzo’s car with it. Spears should be able to walk the streets without feeling watched every second of her life. She is still a human being, which they didn’t care about at all. We think the extent that the paparazzi took to know everything about her life was insane.

As the media continued to spin the narrative, the actions taken by Spears’ family began to match those ideas. Her father sent her to mental health facilities, without her consent, deeming that she was insane. She then lost full custody of her kids, which is when Spears submitted to her father and allowed for a conservatorship to take place.

A conservatorship is when a guardian or protector is legally appointed to manage the financial affairs and daily activities of another person. This happens because that person cannot manage themself due to physical and mental limitations or old age. In Spears’ case, her distant father took over. She unenthusiastically agreed to her father being the conservator, as she feared she would not be able to see her kids if she didn’t.

During the beginning of the conservatorship, Spears thrived. She got partial custody of her kids and went back to work. However, many fans wondered, if Spears could work, why was there conservatorship in the first place? At this point, fans were beginning to become worried specifically because of her Instagram.

They lived for each of her posts as it gave them a glimpse into her own world and they thought she was sending them messages through it. There even is a podcast called “Britney’s Gram” which is dedicated to sharing Spears’ life to her fans, decoding her posts and meaning. We were so amazed when we watched her fans hyper-analyzing her posts and captions to decipher her messages. It really showed us how dedicated her fans were and all they wanted was for their idol to be safe.

Spears’ fans knew how trapped she was in her life and only wanted the best for her. Although most of them do not know her personally, they feel like they do because they listen to her music. She chose not to conform to the stereotypical norms of a woman, which helped her fans immensely by letting them feel safe with who they are because of her persona as the likeable “girl-next-door.” Spears has helped many of her fans indirectly, and they feel as though they need to give back the same kind of love. Spears has been controlled by people in her life in the past, and her fans are trying to stop that from happening again by freeing her from her current restricted life.

What made the documentary so great was its showing of Spears’ life in chronological order with her newest scandal at the time. The featured speakers would dissect the scandal and then give viewers an inside look into Spears’ life at the time. We were able to learn about her father’s true nature from people who knew him from the beginning. We learned of his own issues: rehab for his alcohol addiction, multiple failed businesses, filing for bankruptcy; and then, overnight, he decided to become a father again, stepping back into Spears’ life when she was making the most money.

This disgusted us to learn of a father so evil. It wasn’t fair for Jamie Spears to step back into Spears’ life when she was so vulnerable and to completely take advantage of her in a time of desperation. In a documentary for MTV, Spears said how she felt trapped during the beginning of the conservatorship. It seemed to many of the documentary speakers and to us, that Spears only accepted the conservatorship to get custody of her kids again. Her devoting love to her kids was so inspiring especially when her history was filled with a controlling father and an absent mother.

Spears is currently in a legal battle trying to remove the conservatorship from her father’s hands. Her future is uncertain but one thing is for sure: her fans will always stand with her.