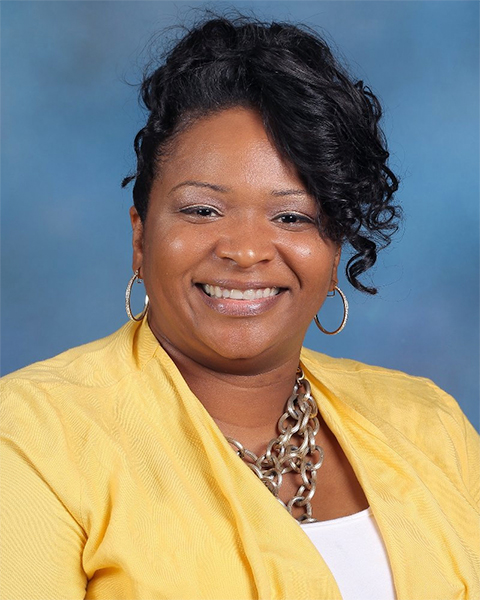 By a vote of 11-0, the LSC voted to choose Thompson as next principal after Chairperson Emily Haite motioned for her to become the next principal. Jones College Prep Assistant Principal Therese Plunkett was the only other candidate interviewed for the position.

After hearing the news while attending a Lane boys volleyball game, Thompson was emotional, and at a loss for words momentarily.

“I’m so excited to be selected and my prayer is I make you all proud, and that our students and staff are proud and we continue being the school of champions — that’s my prayer, my wish. … Thank you for entrusting me with this opportunity.”

She pointed to her surroundings, where the Lane Tech boys volleyball team were playing in a sectional final match.

“And our boys are winning!”

The process to choose a new principal lasted just over a month, after Tennision announced his departure in early May. After seven people applied for the position (two of which were ineligible,) the LSC decided to go forward with interviewing just Thompson and Plunkett. Due to only two candidates being selected for the interview process, the LSC did one round of interviews, instead of the originally planned two.

With the shortened process, the LSC moved up their target date for selection from next Wednesday, June 23, to tonight, June 15. LSC chairperson Emily Haite acknowledged the process was quick, but thorough.

The official selection was preceded by forums last night, one for teachers and students and one for parents, community and alumni.

Thompson stressed equity for all during the teacher forum, and looked at more than just racial equity. She also wants to foster a relationship with the teachers built on trust, which she says will lead to a better experience for students.

Thompson said that she always looks at options presented to her with whether they are “helpful or harmful” to students, and if it’s harmful to even one person, she won’t do it. She recognized that inappropriate language in Lane’s hallways and classrooms are still an issue, and that there still is the issue of people being classified as “other.”

A goal for Thompson as principal will be to help everyone learn how to treat people with respect.

“Not every idea should be broadcasted in a class if it is going to be harmful for students, and I believe the more we talk about how and when we talk to each other and what we say, then we can have a more equitable school.”

In regards to a question on developing leadership at Lane, Thompson emphasized the importance of long-distance goal setting for administrators and teachers.

“Where do you want to see your department in three years?” as she said.  Thompson added she would spend time with department chairs and “heads of operation” to see what goals, academic, social-emotional, or otherwise, they would set in order to promote development.

Thompson pointed to the elimination of “tracking” in the English department, or separation of students according to level or ability, as an example. “When you look in a class, you can’t tell if it is regular, honors or AP.” Before, she said, classes were too “homogeneous.”

Another main point for Thompson was her experience with the school. She mentioned that she decided she needed to go to Lane when Lane’s gospel choir visited her church in seventh grade. After an eighth grade counselor told her she wouldn’t make it into the school, she had even more drive to make it in.

“I believe that pushed me even further to say I am getting into Lane Tech.”

Since then, Thompson has participated in many roles at Lane Tech, as a student, English teacher, debate coach, gospel choir sponsor, assistant principal since 2010 and more.

In wrapping up her forum with the teachers, Thompson talked about how Lane offered her the opportunity of leaving high school with choices.

“From [Lane] I entered a world of opportunity unlike any other.”

Her commitment as principal is to make sure all Lane students have that choice.

Currently David Gilligan is serving as Administrator in Charge for Lane, an advisory role after Tennison left on June 1. Thompson will meet with Haite to go over her contract tomorrow, June 16.

VOTES FOR EDWINA THOMPSON TO BECOME NEXT PRINCIPAL (student representative Eric Garcia did not have a vote):
Parent Representatives

Correction: A previous version of this story identified the runner up to this position as Theresa, not Therese, Plunkett.