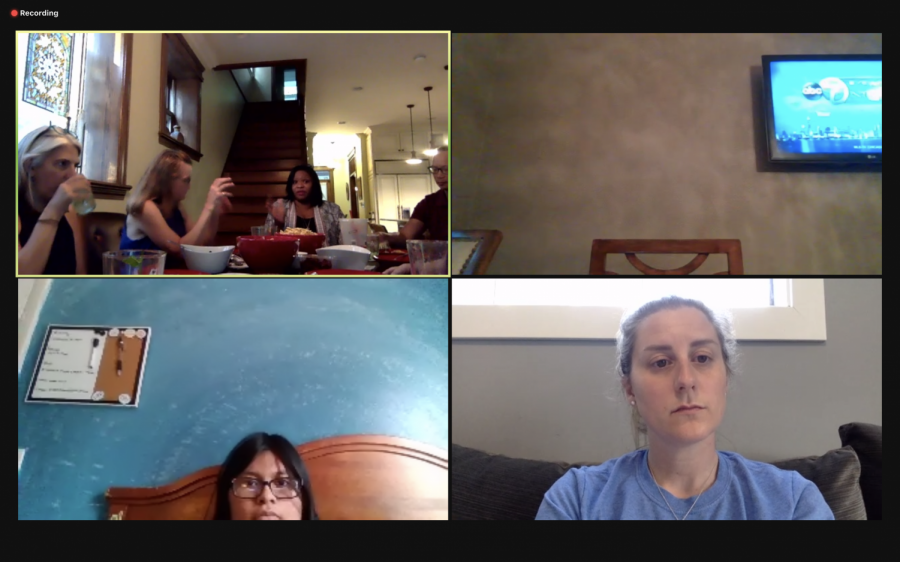 New Principal Edwina Thompson’s year is off to an auspicious start — financially, at least.

In a Local School Council (LSC) Organizational Meeting on July 14, followed immediately by a Special Meeting, Principal Thompson provided a rosy outlook for the upcoming school year as she revealed that Lane was now free of some of the financial troubles that have consistently hampered her predecessors. Before this, however, she took time to announce the resignation of one of the LSC’s teacher representatives.

At the start of the meeting, LSC Chairperson Emily Haite announced that LSC teacher representative and computer science teacher Daniel Law had resigned from the LSC.

“We wouldn’t have been the LSC we are without him,” Haite said. “He will be greatly missed.”

Haite said applications for Law’s former position will open up in the fall, because teachers are currently on summer vacation.

The LSC also decided to limit public participation for meetings this year to one hour, though the limit can be extended as needed.

Haite and others organized dates for future LSC meetings this year, including one held on St. Patrick’s day, while the first regularly scheduled meeting will be held Thursday, Sept. 16 at 6:30 p.m.

As Haite explained, CPS policy stipulates LSCs must approve or disapprove any purchases over $2000, which Haite explained was difficult for such a large school like Lane. “At a school of 4500,” Haite said, “nothing is under $2000.”

The LSC went on to pass a motion to change this number to $10,000 or above for the Lane LSC.

Haite thanked former LSC student representative Eric Garcia, who is being replaced by Dayana Bautista. Garcia served a shortened term from January to now because the coronavirus delayed the spring 2020 elections. Bautista will serve the normal one-year student term.

Principal Thompson started her first principal report by explaining that administration has been participating in a “Summer Leadership Institute” which helps work towards Continuous Improvement Work Plan (CIWP) goals, around “instruction, relational trust and balanced assessment and grading.”

The CIWP is a two-year planning and improvement plan and stage required of all CPS schools to “establish each school’s mission, strategic priorities and goals,” according to CPS.

Thompson said these leadership institute sessions have been focused on equity and mental health support for both students and staff.

This, along with working towards the goal for teachers to be flexible and kind in the grading process, is part of the overarching theme of equity that has been persistent among administration for the past year.

On a different note, Thompson also said that the school currently has 27 vacant positions, many due to retirements or staff members resigning to move out of state, but none, as Thompson proudly said, are due to teachers moving to other CPS schools.

CPS is also allocating an increase in the number of coaching positions for sports, mainly at the JV level.

Thompson also described the minutiae of two “large buckets of funding” that Lane is receiving as part of local and Federal grants.

The first “bucket” is part of a federal government program that has allocated $348,905 towards staffing, administrative, and supplies costs, but the majority of which (90%,) goes towards staffing and vendors that go towards students. Open Gyms, SAT Prep and tutoring are some of     the programs that have been funded by this grant thus far.

“That money will go toward every program we can think of to support students,” Thompson said. Lane has to spend at least 50% of the total to receive the next installment of cash, according to Thompson. Lane will receive up to four installments per year if they comply.

The other larger proverbial bucket is the “Moving Forward Grant,” a fund from which Lane received $562,751.

According to Thompson, “no more than 50% can be used towards positions,” of which those positions must revolve around Social-Emotional Learning (SEL) goals.

The other half must go towards student needs and programming, not “capital improvement such as bathroom renovations, or painting,” Thompson said. It could, however, be used to replace older and faulty technology at Lane. “We will have a need to do that,” Thompson said.

Surveys will be developed in order to gauge input from the Lane community on the usage of such funds. Thompson also floated the idea of an LSC-appointed representative on such decisions.

Thompson said she wants the LSC to consider using this money to open certain staff positions immediately, in order to “hit the ground running in August.”

Thompson recommended three short-term SEL-focused positions which “won’t be sustainable after two years,” and would be unique in not already having a staff member in that role.  Each person in these positions would come into the job knowing that it would only be for around a year, according to Thompson.

One position recommended by Thompson was a college and career coach, which would not remove counselors from the college process, just free up time.

Another was a “community relations representative,” to be a liaison with the wider Lane community, a “reengagement specialist” of sorts to support students and families personally, according to Thompson.

The last was another security guard. Thompson said there is a possibility that such a position could be supported with freed-up School Resource Officer (SRO) funds that CPS could possibly give Lane, but maintained that such a program is not yet concrete. The LSC voted to not have SROs any more last August.

She also said that such a security guard would be very much needed as Lane is often short one security guard. “I am truly concerned and I want to make sure our students are safe,” she said.

The prospective addition of another security guard would leave Lane with a total of 14.

In the same vein, Haite mentioned the addition of additional security cameras this year “everywhere,” as she said, as a reason for confidence in Lane’s security infrastructure. The security office, according to her, looks like something out of a “spy movie.”

“It’s such a rare thing for us to have extra money,” Haite said later in the waning minutes of the meeting. “I’m in shock.”