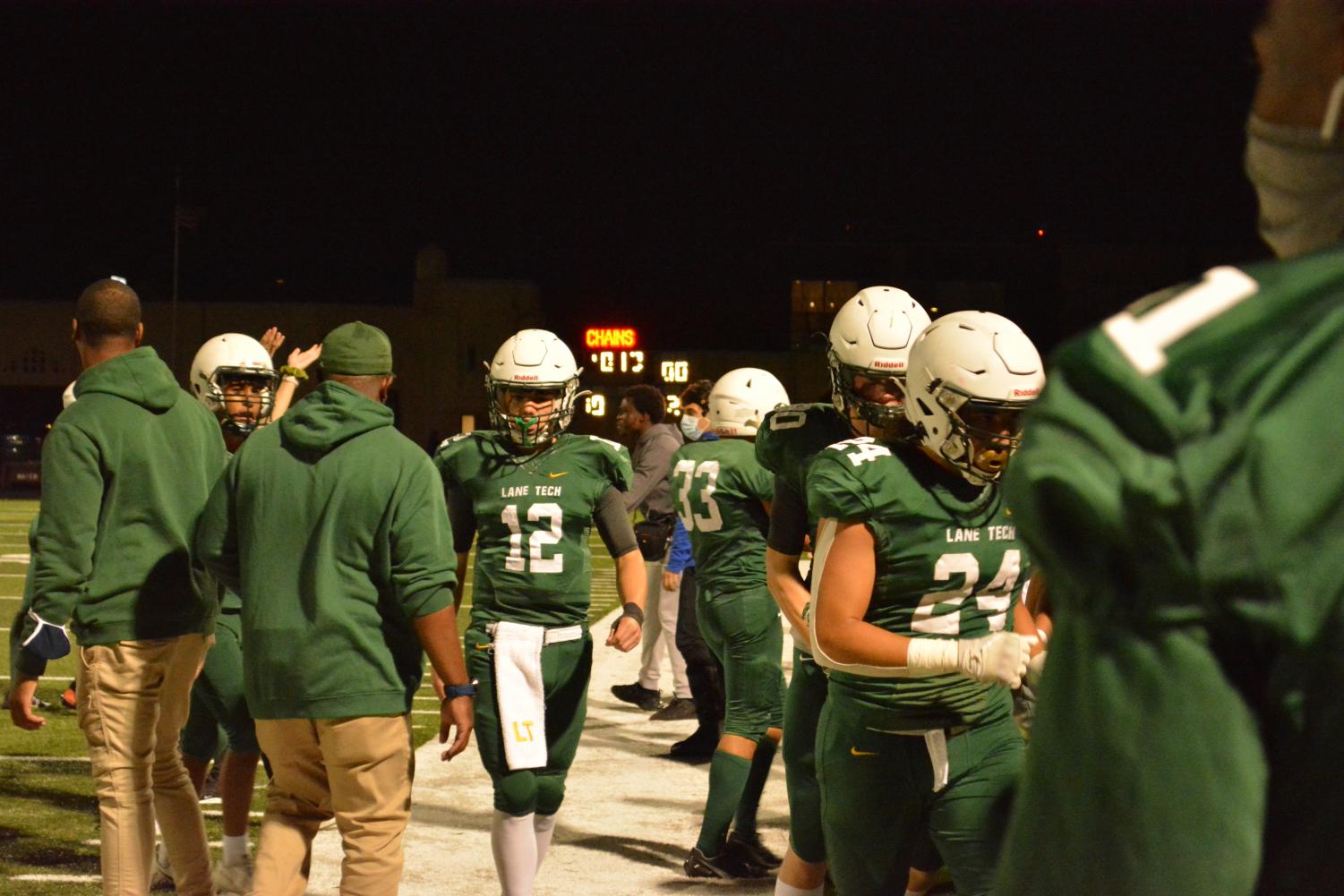 Quarterback Mark Seward (#12) walking to the sidelines from the field. (Mara Mellits)

Quarterback Mark Seward (#12) walking to the sidelines from the field.

For five years in a row, Lane has tried to win one of their most important games of the year and came up short every time.

In front of a packed home crowd at Lane Stadium, Lane (2-3, 2-1 Chicago Public – Illini Land of Lincoln) steadily handled the Curie Condors (0-5, 0-3 Chicago Public Illini – Red Bird) 27-0. The game counted as a conference contest, with Lane and Curie playing in the same level of the CPS pyramid, just in different leagues.

The biggest storylines of the game concerned running, both in good and bad ways for Lane.

The bad news? The loss of star running back Daehyun Kim, who exited the game after two early 18- and 4-yard rushes and did not return. Head Coach Dedrick Dewalt told The Champion postgame he was told Kim has a broken collarbone.

So, with eight minutes left in the first quarter, Lane found themselves without their most consistent running back of the year.

The good news? Others were ready to step up.

Quarterback Mark Seward, who played the first and third quarters, plus part of the fourth, opened up his running game after mostly staying in the air for the first four games of the season.

“I just had the lane to run — I had to take it — no one else was open,” Seward said postgame while talking about his rushing touchdowns. “That was my decision so I just stuck with it.”

Quarterback Donnell Adams played just about the opposite of Seward. Typically a rushing quarterback, Adams let the ball rip a couple of times, connecting for 11-, 33-, and 26-yard passes in the second quarter alone. The 26-yard pass, off of play-action, found wide receiver Benji Agunloye in the end zone to put Lane up 13-0. Lane attempted a two-point conversion after their extra point attempt had Curie offsides, but they were stopped.

“It’s very important for [Seward] to get his confidence, so he can realize that he could use his legs,” Dewalt said. “Both of our quarterbacks tonight played at a high level, and if we can get that type of quarterback play, the sky’s the limit for this team.”

While quarterback play lit up the stat sheet, Lane found some help from other contributors as they put up 27 points on the Condors.

A one-yard pitch from Adams to Michael Asante for a touchdown would put Lane up 20-0 with 1:35 to go in the half. Held out of the end zone but playing significant rushing roles for Lane in Kim’s absence were Finn Merrill and Antonio Bombell.

“It felt fine,” Merrill said postgame about adjusting to a bigger rushing role after Kim left the game. “I’ve been working at practice, and nothing [felt] different.”

Dewalt liked what he saw in the running game from Lane throughout the night.

“It has to be the next man up,” Dewalt said. “You know we [are] pretty deep at [running back] as you can see from tonight, but we should be fine. But Daehyun will be missed.”

The offense crossing the goal line four times got the loudest cheers from the crowd, but perhaps the most consistent unit on the field was Lane’s defense.

“We’re starting to tackle better,” Dewalt said. “That’s kind of been our Achilles heel early on in the season. But the last three or four weeks, we’ve been tackling outstanding. If we tackle we’ll be fine.”

The players on the field did all the work for Lane, but the energy from the crowd created a more hostile environment for opponents than usual.

“It felt great,” Seward said. “One of the first times for me [playing in front of a packed crowd], it felt good. First time on homecoming for me so it was a different scenario but it felt amazing to win.”

The win extends Lane’s win streak to two, as they make a late season push to make city playoffs. But in their way is a clash with rival Taft next week.

“We played Taft well last year,” Dewalt said. “I expect nothing but the same come next Friday. We have some momentum, we have some confidence so it should make for a good game next Friday.”

Taft vs. Lane will kick off at 7:00 p.m. at Lane Stadium on Friday, Oct. 1. The Condors will continue to look for their first win of the season on Friday, hosting Hubbard at 7:15 p.m. 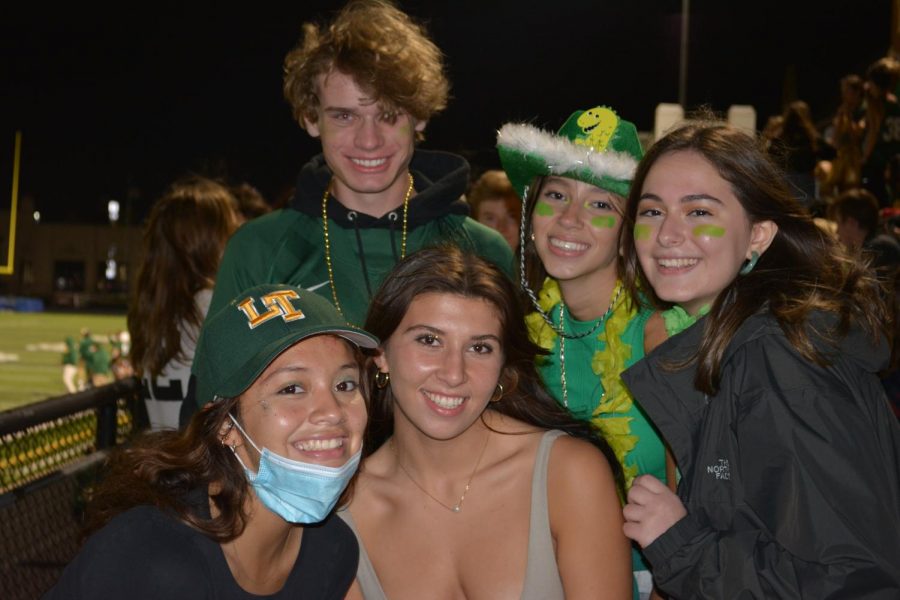