A global climate crisis and Lane’s own impact 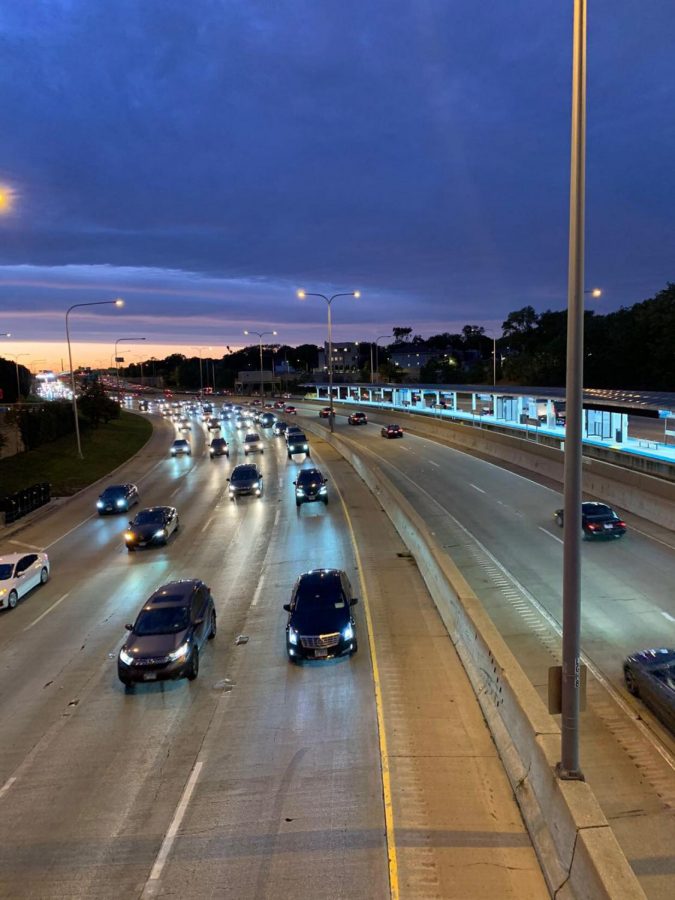 For years, students have heard about natural disasters, fires, flooding, hurricanes in the news and now these instances have been ramping up in not only frequency, but severity.

This is indicative of the larger global climate crisis the planet and civilization faces. On August 9, 2021, the UN released their Sixth Assessment Report, which gives the most recent information on the current state of the climate.

In an in depth summary compiled for policy makers, the UN wrote that CO2 concentrations are higher than they have been in at least two million years and CH4 and N2O concentrations are higher than they have been in 800,000 years. Additionally, hot extremes have become much more frequent and intense since the 1950s, while cold extremes have become less frequent and intense. The researchers are fully confident that humans are the driving force behind these changes, and the increase in compounded extreme weather events. These events include heat waves, droughts, fires and flooding.

Globally, countries have been coming together at conferences like the Paris Agreement, an international treaty on climate change from 2015. However, this report says it is not enough.

Closer to home, more can be done across the nation.

At Lane, ComEd is used for electricity and People’s Gas for natural gas, according to building engineer, Rene Luis. “Unfortunately, because of the age of Lane Tech none of it is sustainable,” Luis told the Champion via email.

Sustainability, as defined by John Hopkins University, is energy “derived from resources that can maintain current operations without jeopardizing the energy needs or climate of future generations.”

The usage of natural gas by Lane results in the production of CO2, carbon monoxide, sulfur dioxide and nitrogen oxides.

Non-sustainable energy, as documented by the UN, has led to thermal expansion, which is the tendency of matter to change shape in response to a change in temperature. Global warming consequently has led to this effect taking place in bodies of water across the world.

These grim statistics and statements released by the UN, organized for people in power, indicate the dire need for immediate action if people hope to avoid the planet’s climate warming to 1.5°C and 2°C during the 21 century, as has been projected. This is unless deep reductions are made in regards to CO2 and other greenhouse gas emissions.

Closer to home, while Lane is limited by the architecture of the building when attempting to minimize the release of harmful emissions, students and staff find other ways to make a positive difference.

“We like to turn off the window AC units at night and on the weekends/holidays when not in use,” Luis said.

As well, Lane’s environmental club is working to minimize the negative impact of the school on the environment. While they do not have control over the power and the emissions as a result of that, they do have problems they wish to address.

“We have noticed that the trash on the front lawn is becoming more of an issue. We are going to see to it,” co-president Michael Basharis, Div. 276, said.

Even the smallest contributions can make a difference on a larger scale in the face of this climate crisis.

“Many changes due to past and future greenhouse gas emissions are irreversible for centuries to millennia, especially changes in the ocean, ice sheets and global sea level,” the report states in its conclusion.

What is inevitable is the increased frequency and intensity of hot extremes, marine heatwaves, heavy precipitation, agricultural and ecological droughts and tropical cyclones, as well as lower amounts of Arctic sea ice, snow cover and permafrost.

According to the UN, a general summary of what is required by humanity to reduce their negative impacts shows that limiting CO2 emissions and reaching at least net zero emissions of CO2 and other greenhouse gases is essential. Furthermore, strong, rapid and sustained reductions in CH4 emissions are also important in improving air quality.

At Lane, there are goals being set, by the environmental club, to push the school towards mitigating the negative impacts on our planet caused by humans.

“We plan to crack down on the recycling issue, as well as continue to spread awareness on the issue of climate change,” Basharis said. “We also plan to introduce more things people can do to help the environment, both at Lane and outside of it. We also plan on working with the park districts too.”