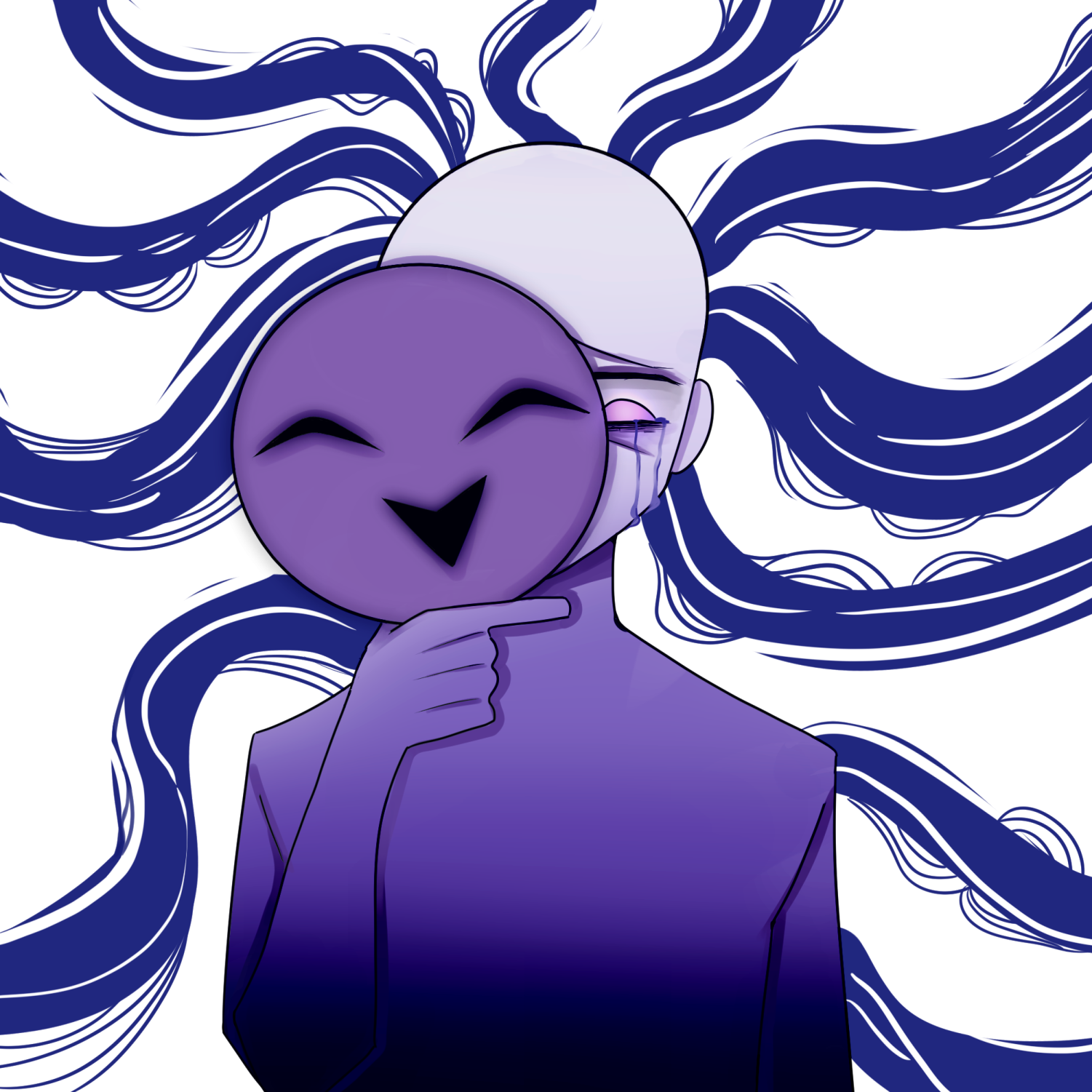 Everyone is sad and I don’t know why

I sit, typing, by the glow of a lampshade, off-white and speckled with brown; its light casts a comfortable shadow. Elsewhere, there is laughter. A sibling screaming with delight over a friend’s silly joke. As the laughter recedes, all is quiet and all is calm, there is nothing and everything to do — I am at home.

And during the teachers’ action in early January, I was stuck there. I had nothing to do, and it felt wonderful. I could do anything, see anyone. My routine had been disrupted, but in the way I want. Yet, there was an indescribable feeling of strangeness. Like the world’s equilibrium was off by just one or two points.

My world feels strange as it undergoes change. I become distracted and tired, my awareness drops, I recede into myself, rejecting the difficulty of the outside world. Yet, somehow, those roaring fires of change inevitably burn down to the embers of routine, and I finally feel grounded. Rooted to an earth resting comfortably on its axis.

I get through these times knowing that they will end. But I always wonder, what if they don’t. What happens when turbulent times become the norm?

These times have created a school filled to the rafters with pure, raw, unrefined, unrelenting, self-absorbing, difference-creating, hatred-producing sadness. It’s just everywhere. I see it in the smoke-filled bathrooms and in the boys (barely 18) gambling on NBA games. I see it in those who do too much, to forget, and those who do nothing, to remember. I see it in the classrooms, where discussions and therapy move closer and closer together.

During one such discussion a classmate remarked, “There’s nowhere where people care.” I can’t find a better distillation of what’s wrong. Hopelessness radiates from that comment. It’s indicative of a social structure which has failed somebody. There should always be a place where people care, yet for my classmate there is not. The necessary assumption that tomorrow will be better than today left them long ago. For them, all time is turbulent. If that’s the case, why should anything matter?

If it’s all meaningless, and no one cares, and our actions don’t matter, why go outside? Why talk to people? In fact, why do anything at all? It would be much easier to decompose, in the quiet darkness, under a pile of blankets.

But that isn’t life. It’s without experience or growth, providing only purposeless drifting from one incoherence to another. It’s like idly unspooling string until the spool is bare and life’s game of musical chairs has come to a swift and sudden stop.

This manner of living emphasizes time spent alone and, usually, online. You’ve done it, I’ve done it. We all spent heaps of hours online before coming back to school. And while being online is not bad per se, the issue is that online connection changes our perception of the world.

Removing the touch, taste, feel and smell which allows us to relate to one another renders human beings just another show. Instead of well-rounded individuals, we become characters in a play, putting on masks and performing our role for all to see. Watching others in this single-dimension removes from us our own dimensions, creating internal narratives that are both simplistic and chaotic, leaving us hopeless and despairing.

This is why a modern individual must work exceptionally hard to keep a sane mind. No matter the time, there is an astounding amount of information coming at you. Parsing it is an extreme difficulty, a task which can only be completed through deep self-assurance. No wonder so many of us have given in to despair, and no wonder so many of us hide under our blankets. I certainly have.

Yet warmth, comfort and media tell only my half of the story. I can surround myself with blankets because my family has the means to buy them. I can sit in the dark quiet because my room has good blinds. I can acquiesce to my own doubts and fears quietly because there is no need to be loud. In this way, my own hopelessness and despair are like falling into a comfortable waking coma.

Obviously, not everyone is comfortable.

He was anxious, twitchy. I saw the gears turning in his mind, the emotion boiling to a painful crescendo. He was fighting for control, and he was losing.

10:30 p.m. on New Year’s Eve 2021 marked the first time I had ever stood face-to-face with a truly dangerous person. I’ve met people who fight and people whose brains are so fried that they can no longer think rationally. I’ve met the overly anxious and the entirely out-of-it. Even if they had messed up lives, I’ve always felt safe in their company. They were humane. If I was good to them, they would be good to me. But this guy, he was different.

Stuck with him in a house I’d never seen, in a part of the city I didn’t know, it slowly struck me that I might be a little out of my depth. My first clue was the tattoos which peppered his face and body. My second was his bloodshot yet active eyes scanning me up and down. My third, and final, was his extraordinary over-reaction to misplacing $30.

Immediately, a tepid comfort transformed into raging confrontation. He was anxious, twitchy. I saw the gears turning in his mind, the emotion boiling to a painful crescendo. He was fighting for control, and he was losing. Accusations and threats rolled by like so many waves. He ranted, he raved, he patted me down twice. In the latter search simply taking $30 out of my wallet, declaring the matter settled.

Even as he robbed me, there existed the same raw emotion which connects all human beings behind the eyes of that drug-addled man. Shriveled, buried, but very much there, his humanity appeared in the flashes when he was extremely apologetic for the ordeal. As if, with absolutely no provocation, he had to threaten me. As if performing pat-downs is a normal part of everyday life. As if all this was normal. I suppose for him, though, it was.

The despair exhibited by he and my classmate was remarkable. They are as different as this city will allow, yet they both concluded that life is hopeless, that there’s nowhere where anyone cares. That’s baffling, and at this point, I’m out of answers. For people that differ so much to think so similarly must mean that there is something underlying, something which affects them both. There’s some undiagnosable disease, and I can only see the symptoms: Hopelessness, depression, loneliness, overwhelming anxiety — despair. Societal despair.

I have no answers. I can present no theories. As I have identified them, these are the symptoms. Do with that what you will.