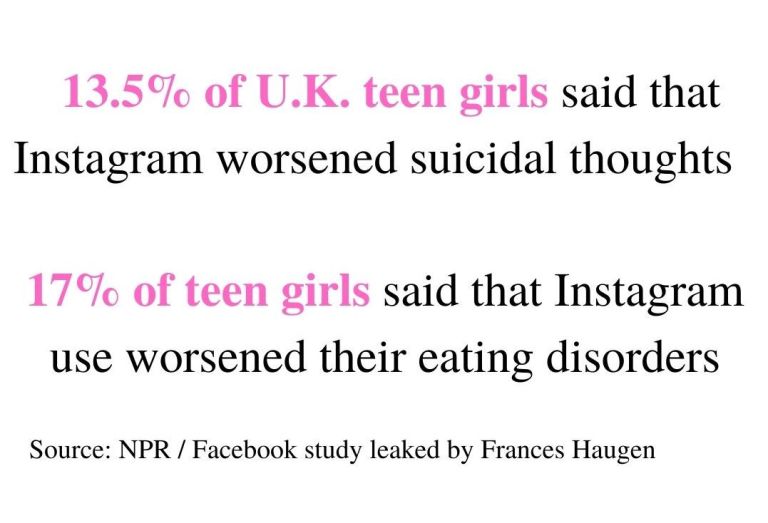 Frances Haugen, a former Facebook employee, testified before both Congress and Parliament revealing Facebook apps’ use of harmful algorithms for children and adolescents. However, many students at Lane also find Facebook apps, specifically Instagram, to be an excellent resource for networking, keeping in touch with friends, staying updated on favorite celebrities and even promoting small businesses.

Ava Duman, a junior at Lane, expressed the positive impacts social media platforms, including Instagram, have had on her friendships since entering high school.

“I came to Lane and a lot of the friends and people I’ve met at Lane have been through Instagram,” Duman said. “It’s an easy way to connect people and it can be a good thing.”

For many Lane Tech students, Instagram and similar forms of social media are used in beneficial and healthy ways that can leave a positive impact on teenagers.

Although Instagram enables Lane students to stay connected with friends and peers, the appearance of someone’s life may not always be the truth and the facade portrayed on Instagram can easily be confused with real life.

“You get to create this image of yourself and how you want other people to see you, and sometimes that can be harmful, and sometimes it’s not the reality,” Duman said.

With social media, inevitably comes the comparison; people see the highlighted and idealized version of someone’s life, and this leads to lowered self-esteem. The engagement-based algorithms utilized by Facebook apps make teenagers susceptible to falling victim to the addictive influence and exposure from Instagram.

Researchers found that the comparison of lifestyles in Instagram and social media is similar to that in television shows and movies. However, the distinction is that the idealized lives of those TV and movie characters are, for the most part, drastically different from the lives of teens. Whereas on Instagram, there is a consumption of curated images from peers which can obscure reality.

Parker Craig, also a junior, said she’s very active on her social media platforms, including Instagram. While she enjoys posting entertaining content and staying connected with others, Craig also recognizes the downsides of Instagram.

“I think that a negative would be that a lot of people feel like their life isn’t as good as others because [of] social media,” Craig said. “It’s just a highlight reel, it isn’t the truth.”

In her testimony, Haugen also addresses the disconnect between parents and teens because parents never had the “addictive experience” of technology.

In an interview with CBS8, Dr. Willough Jenkins, Medical Director of Inpatient Psychiatry at Rady Children’s Hospital, said that parents need to keep an open dialogue with their kids by encouraging the positive use of social media.

Lane junior Delilah Hale noted how Instagram could benefit people who use it correctly and in moderation.

“I think the negatives reveal themselves when you’re on [Instagram] a lot, or when you use it religiously,” said Hale.

Since the outbreak of controversy, the Facebook company has denied all of Haugen’s allegations and changed its name to Meta. Nick Clegg, Facebook head of global policy communications, also announced a new update that has implemented tools to guide users away from harmful content, limit political discourse and allow parents more control over their child’s Instagram account.

“I think that Instagram and social media can help you find yourself, and help you explore parts of yourself that you didn’t know existed,” Hale said. “But I also think that when you’re on it too often, you can start to see that as real life.”