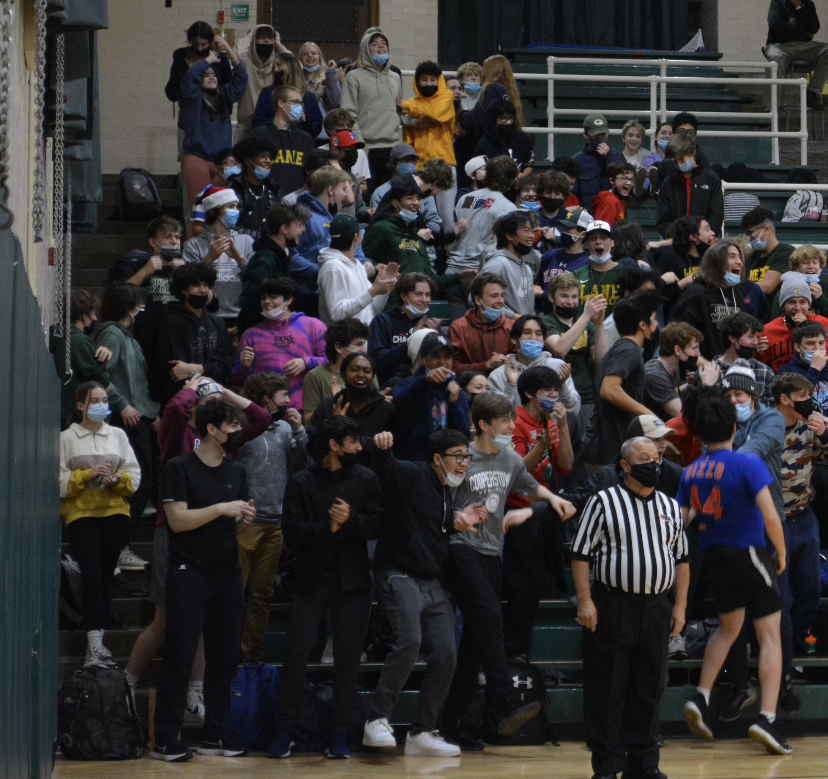 Masks to go optional across district starting next Monday

Nearly two years to the date CPS students last attended school without masks, they will have the chance to learn without a mask mandate again next Monday, March 14.

The news, announced this afternoon by CPS, comes after years of back and forth between the district and the Chicago Teachers Union (CTU) regarding a variety of COVID-19 factors, including quarantines, remote learning and masks.

“While we will continue to encourage the use of masks, families and employees will now have a choice about whether or not to wear a mask at school, outside on school property, and on school buses,” CPS CEO Pedro Martinez wrote in a message to families.

In the letter, Martinez pointed to CPS vaccine numbers on par with the rest of the country and low positivity rates in Chicago as reasons for lifting the mandate.

CPS and CTU reached an agreement in early January after a work-stoppage regarding CPS safety measures that kept students out of the building for five days. In the agreement: universal masking in the district until August.

Despite this agreement, schools now will plan for students and teachers to go mask optional one week from today.

In an Instagram poll administered by The Champion, student opinions were mixed on whether they agreed with CPS on making masks optional.

“I think that making masks optional in schools is a really irresponsible move on CPS’s end,” Lane sophomore Nico Wilde said via Direct Message. “I have to pass by hundreds of kids in the halls every day and who knows how many of them are asymptomatic. And with masks being optional, the cases will only rise.”

Oliver Gerharz, a junior at Lane, was unsure of his feelings towards the move.

“I’m not sure if I agree with the decision,” Gerharz said via Direct Message. “On one hand, cases are lowering, but on the other, there is a high chance that they’ll rise again when a new more contagious strain of COVID spreads. I think that right now it’s okay, but if CPS isn’t ready to go back to masking easily to combat future strains of the virus this could be a dangerous move.”

The move will affect more than just students, with all teachers and staff members having the choice to mask or not as well. As previously mentioned, an agreement by the district and CTU ensured masking. The CTU announced earlier today they will file an unfair labor practice charge.

“I think the agreement [that CPS and CTU made] should be followed,” said Lane social science teacher Erin McMahon.

“I personally don’t really care as much about the masks, as much as the drama that will ensue because of this,” McMahon later said.

McMahon, who is pregnant, said she will keep wearing a mask though she is vaccinated — partly because of some of the unknown effects that COVID could have on fetuses.

McMahon also said she felt safer because of Lane’s high vaccination rate, which is currently around 86%.

Wide disparities exist between schools in terms of vaccination rates, however. While Lane has one of the highest rates in the district, 10% or less of students are vaccinated at around 50 CPS schools, according to WBEZ.

“I’m happy that cases are going down, but I don’t know that it’s necessarily the healthiest move for the population in general, especially because there are still many immunocompromised students, teachers and parents, and there are still very young children who are still not able to get vaccinated,” Javier Payano, a music teacher and Lane CTU delegate, said.

According to CPS data, 47% of CPS students aged 5-11 have received at least one dose of a vaccine.

As for CPS reneging on the CPS-CTU safety plan, Payano said he was disappointed.

“I feel like an agreement has been broken,” he said.

CTU has previously said the district would face “consequences” if it doesn’t remain faithful to the January agreement.

Payano said that he has not heard word on how the Union would specifically respond, though he is sure that a virtual CTU meeting will take place soon.