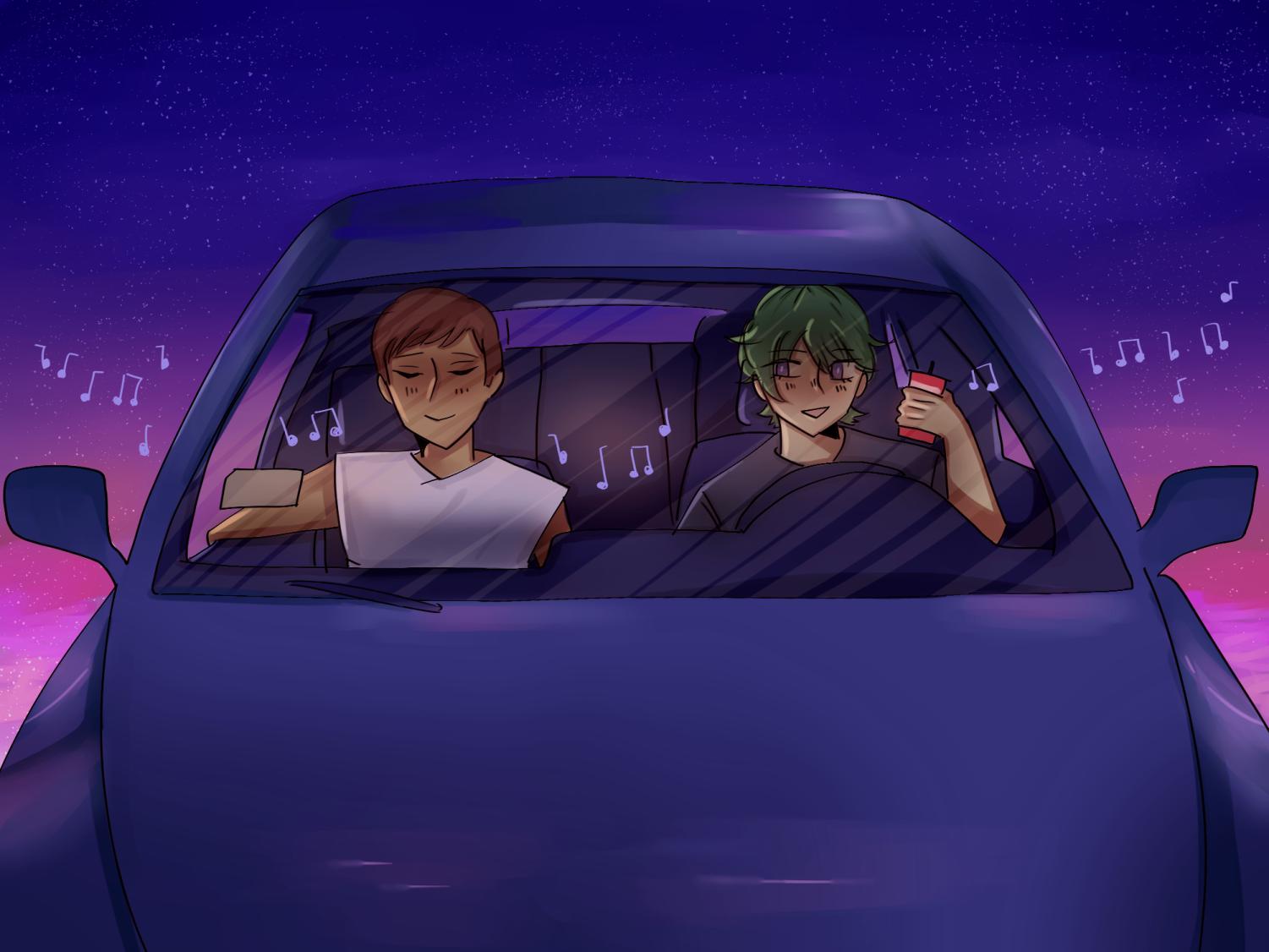 The days pass, each slowly warmer than the next; sun creeping out from behind its dreary winter veil. April has arrived, and with it spring — where the beginnings and endings reside.

“Imagine a world where no music was playing

Then think of a church with nobody praying

If you ever looked up at a sky with no blue

I’m not a fan of August. It’s a dreary month, one of endings. The end of summer, the end of freedom from school, the end of warmth. At least with a month like September, things start: fall, football, school. But August, that’s a dreadful month.

Not literally, of course. Some of my favorite memories come from that time. Every August, my family and I visit relatives in Birmingham, Alabama. We see uncles, visit cousins, the whole nine yards. Since we live so far, seeing family is special, something which only happens a couple of times a year. It’s an August activity, associated with that time, always the prelude to school’s beginning.

In my mind, the people, the place and the time have become indistinguishable, feelings about all wrapped in an inexplicable tangle. Blistering summer heat is my grandparents, the ending of things and the dread of a new beginning.

That place, those people, they could never change. Like a good chair, it was a fixture in my mind, comfortably the same each time I returned. But the world never quite stays the same as we remember it, so August is different now.

Her house was old and smelled it. Every fixture, except for the massive flat-screen TV, was stuck in 1978. The faux wood paneling, the pots and pans hanging from the ceiling. It was like stepping directly into the past, the world of my parents’ youth. She was sharp, until the end. Always, even at 95, able to hold good conversation. Her eyes had nearly gone, but every time we walked in, she was reading.

This interminable woman, as indestructible as she was old, would simply exist unto infinity, as the sun enveloped the earth, dissipating into the morning dew which clung to her ever-tended garden. Of course, each of us is destined to die. So, in the August of that horrible year 2020, we traveled down there for a different sort of visit. June Gary, named for summer’s zenith, had passed in its twilight.

We haven’t been back since.

“Have you walked in a garden where nothing was growing

Or stood by a river where nothing was flowing

If you’ve seen a red rose unkissed by the dew

It’s winter, dark and quiet. The doldrums of February — Chicago’s most boring month. Right now, it’s easy, exceedingly so, to reminisce; falling into that wonderful cushion of memories. The summer is long-past and spring is not quite here. So, for now, I look back, propelled inward by a song whose tune I can’t seem to forget.

George Jones, a reminder of where, in the deepest sense, I come from. A country star, he was an equal in his time to legends like Willie Nelson and Johnny Cash. But, for whatever reason, he never enjoyed their crossover success. Maybe it was his dysfunctional personal life, or his strict adherence to country sound.

Whatever it was, his songs are, and remain, exceptionally country. They’ve got twang and mournful cries, swooping compositions and not a little bit of fiddle. He’s sad (at least most of his songs are) but in a very specific kind of way. Whenever I listen to one, there seems to be something eating at him, something he wants to but can’t quite say. Maybe I’m reading into it, but all of his songs seem to involve some — usually bad — memory.

I can almost hear the visceral tune and broke-hearted lyrics of one appearing from some deeply hidden memory. Where was it playing? When? I couldn’t tell you.

I know my dad listened to him, and I think my grandpa too. It’s unsurprising that he’s been passed down from the Birmingham side of the family. However it is surprising, or at least somewhat strange, that I don’t really associate him with them. My family and the music are connected, certainly. But the association seems to stretch further than that.

His songs are always playing in the summer. Sometimes during those August drives down to Birmingham, sometimes from the CD player of my car (it doesn’t have an AUX), sometimes it’s just there, in my head, when the wind is just right, or the night is quiet and beautiful. I suppose, at this point, the sound has transformed into memory, or worked its way into one.

I can hear him playing — even though he probably wasn’t — on those late summer nights with the engine off and windows down. I can hear him on the basketball courts, even if I was never in control of the actual music. His songs are ephemeral, floating where they were and weren’t. I don’t remember where I would hear him, but it seems like he was everywhere.

It’s untrustworthy, relying on those memories. They tell me whatever story I want them to. My feeling for George Jones is not consistent, my narrative not concrete, because that is its nature. Feeling is fickle and so is memory. Do the beginnings and endings really reside in April? Probably not. Sure, it feels that way sometimes, but it feels the other way sometimes as well. Which is correct? I don’t know. It’s feelings, memories, all that crap. It’s irrational, and that’s the point.

So why is August about endings, and why is June a zenith? Why is George Jones so pretty, and why is he related to all this stuff? I don’t know, it just feels that way. It could change, and it probably will. It matters, but it doesn’t.

Who knows, who cares, whatever. Try not to live by it, I guess.

“Can you picture Heaven with no angels singing

Or a quiet Sunday morning with no church bells ringing