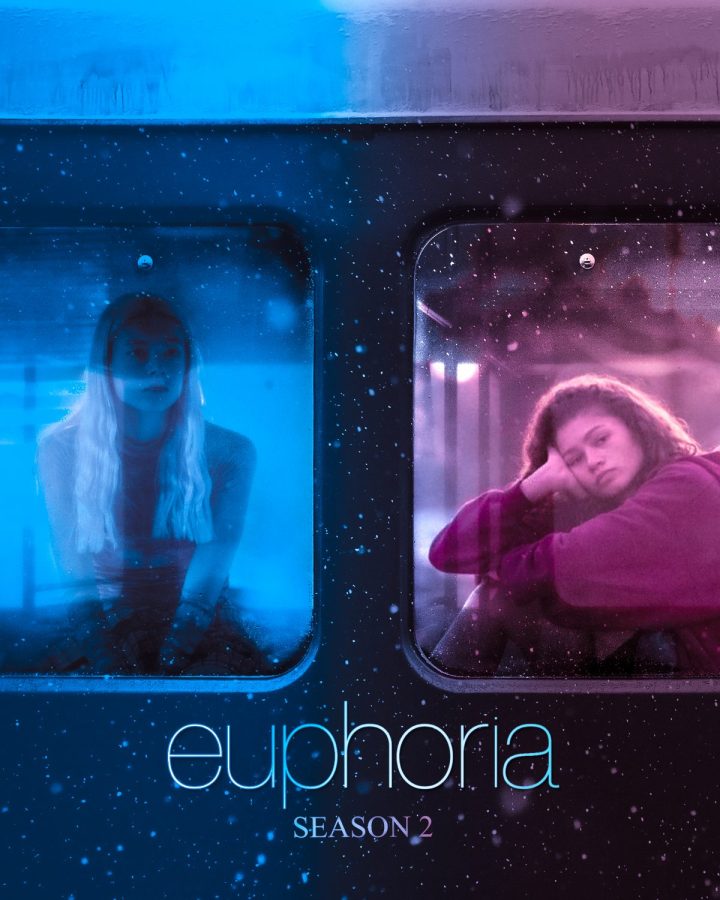 By Megan Mesikapp and Paige Wilson

When Euphoria’s first season came out in the summer of 2019, the teen drama depicted the hyper-realized lives of high school students. It highlighted the struggles of Rue Bennett (Zendaya) while also showing snippets of her close friends’ lives.

In this second season, Rue is still the center point of the show. She remains the narrator as the plotline follows her road to sobriety.

“Stand Still Like the Hummingbird” is the most polarizing episode of the season within the fanbase and the only episode not narrated by Rue. We witness Rue hit rock bottom and experience withdrawal. It is intense and frankly uncomfortable because it depicts relapsing in a raw and unfiltered manner. However, relapsing and addiction aren’t supposed to be comfortable and entertaining. This episode addresses the real impact of addiction for not only the addict but everyone around them.

Despite Rue being the focal character of the show, season two shifts to showcase more of the supporting characters’ lives and conflicts.

Lexi Howard (Maude Apatow) showed particular growth this season. In season one Lexi was overshadowed by both Rue, her childhood best friend, and Cassie (Sydney Sweeney), her older sister. Lexi has, metaphorically and literally, emerged from her supporting role and stepped into the limelight.

For the first time, we see Lexi’s relationships blossom along with her developing romantic interest: Fezco (August Cloud). This is refreshing to see because Lexi’s character is less intense in comparison to the others, which was likely because of her lack of character development in the first season. It was enjoyable to have a more mellow character amid the show’s chaos.

Cassie also undergoes extreme changes, but for the worse. In the first season, Cassie was presented as a naive, hopeless romantic, drawing sympathy from the viewers and making her a favorite of the first season. However, the second season manipulates these traits, escalating her desire to be loved by exploring romantic endeavors with her best friend’s ex-boyfriend, Nate Jacob (Jacob Elordi). Throughout this season Cassie’s psychotic nature and outbursts leave audience members stunned as we watch her life unravel.

Cassie’s character is also the subject of another controversial issue that is brought forth in the second season: increased nudity. Cassie is the one seen nude the most, yet in the first season it seemed more purposeful. It highlighted her moments of vulnerability. However, in the second season, her nudity was simply to support her character as being the conventionally attractive one.

It feels unnecessary most of the time, and there was even a rumor that Sydney Sweeney did not want to be nude all the time. Sweeney rejected this idea in an interview with Teen Vogue: “I never asked him [Director Sam Levinson] to cut any scenes.” Regardless, her nudity seemed pointless in comparison to the first season.

The other aspect of the show that seemed unnecessary was the increased usage of violence. Although “Euphoria” isn’t a stranger to presenting graphic scenes, the excessive violence in the second season ultimately makes those moments less impactful.

We see this contrast between unnecessary and necessary acts of violence in the characters of Nate and Fez. Viewing Nate’s aggression towards the women in his life at times seems overdone to the point of vulgarity. Nate’s violence is seemingly so detached from reality that it takes the audience out of the intended intensity of various scenes.

As opposed to Nate, Fez’s relationship with violence is more aligned with reality. This is because we learn more about Fez’s background. He has a violent past, growing up with a grandma who seemingly ran by the motto: violence is always the answer.

Maddy Perez (Alexia Demie), a fan favorite for her confident yet threatening demeanor, sadly faces the brunt of abuse from the fallout of her breakup with Nate and her friendship with Cassie. Season two allows Maddy to step outside of her relationships and explore her independence.

While some characters pick up traction for more development, others fall flat. Especially Jules Vaughn (Hunter Schafer) and Kat Hernandez (Barbie Ferreira). There is not much movement in the plot for these two characters in comparison to the first season. In fact, the scenes they are in seem to just be tying up unanswered questions from season one. There definitely should have been more to both of their storylines; it was honestly disappointing to see.

As opposed to the first season, which largely grew its popularity through aesthetics, the second season shifts to a more gritty take on the events following last season. Season two is more intense, fun, and heartbreaking. The season finale, especially, will leave you hoping and hurting, but it is definitely worth the watch. This season gives us deeper insight into these teens’ tumultuous lives than ever expected — leaving audiences yearning for a third season.