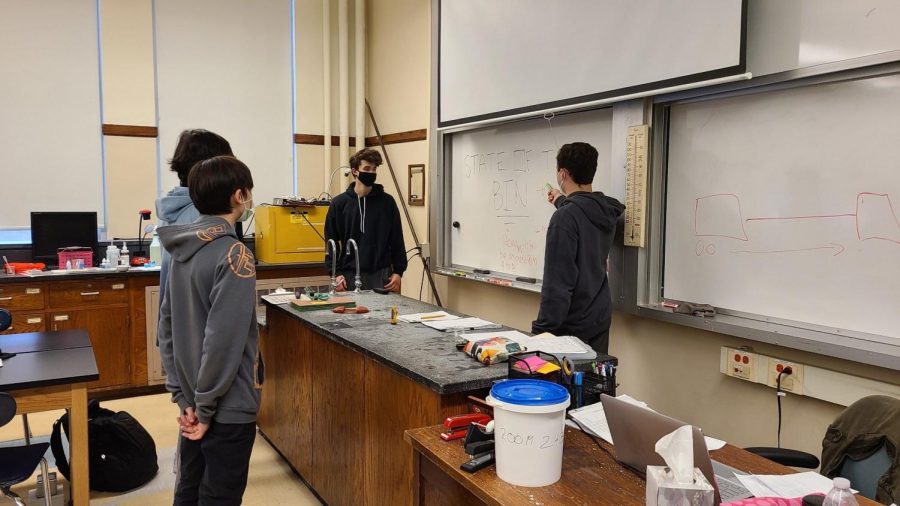 With such a large population at Lane Tech, students can most likely find a club that caters to their interest and passions. The positivity and the members of each club make it worth the time and effort in the projects, but there are occasions where one can’t find a club they like and then they make their own.

One such club is the Climate Change club, which was formed in the summer of 2020 but had its first full year online due to the pandemic.

The Climate Change club’s goal is to research the effects of climate change in detail and, using that information, brainstorm and discuss what Lane is doing and what they can do to limit their carbon footprint.

President Daniel Horowitz is taking the lead in the club’s efforts and research. His background credentials include being the Co-Midwest Regional Coordinator for the Green Schools Campaign, an organization whose goal is to help schools commit to using 100% clean, renewable energy; and also being the Co-founder of the Chicago Youth Coalition, whose goal is to address the climate change crisis with the voices and talents of young people in Chicago.

Chemistry teacher and sponsor Andrew Pindelski explained that the Climate Change Club is currently working on a project that is said to benefit the school as a whole in their efforts to be more green: composting.

“We’re hoping to incorporate something like composting into the school in some way where we can turn our food waste into something useful and not go into the landfill,” Pindelski said.

This plan already has the necessary foundation to make it happen, as they received funds through the Friends of Lane, according to Pindelski. However, they would still like to bring more awareness through a social media team and by hanging flyers around the school.

Even though their first year was held virtually, the Climate Change club did not let the pandemic deter them from setting the first step of their project in motion.

“So mainly during COVID, we focused on research and spreading the word,” Horowitz said.  “We made social media programs to facilitate cool statistics — cool facts but also ways that people get involved.”

Though they need more information to make their project possible, this club is as ambitious as it is beneficial to the local community, and they plan to sell composting bins to further spread the benefits of their projects once it’s been finalized as well as use it for funding for their future projects.

“Starting a club at Lane that emphasizes the issues that are arising, and not only emphasizing them, but doing something about it could be a benefit to the school,” Pindelski said.