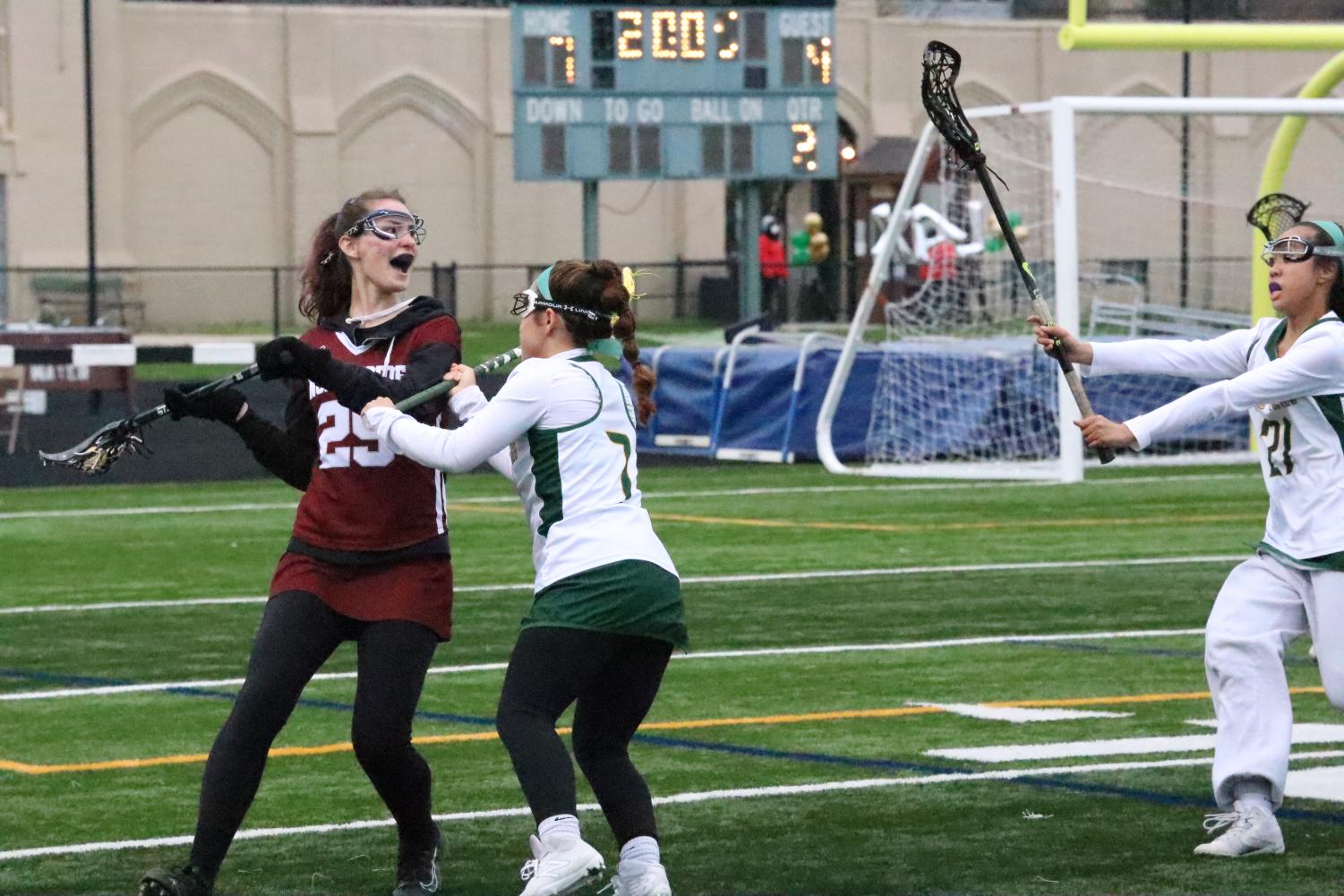 For athletes across all sports, winning on senior night is imperative, especially for players who have been on the team for four years.

“It was really exciting knowing that I was going to start with everyone that I’ve been playing with for four years. So I was really excited but nervous,” said Lane’s Senior Captain Kayla Jones postgame.

So for the current leaders of the Chicago Public League (CPL standings), Lane’s Girls Lacrosse team knew they had to pull out a win on Thursday, April 28, against the eighth place Northside Mustangs.

After a back and forth affair in the first half, Lane came out to dominate in the second, winning 15-4. But the win didn’t come as easy as the final score may imply. 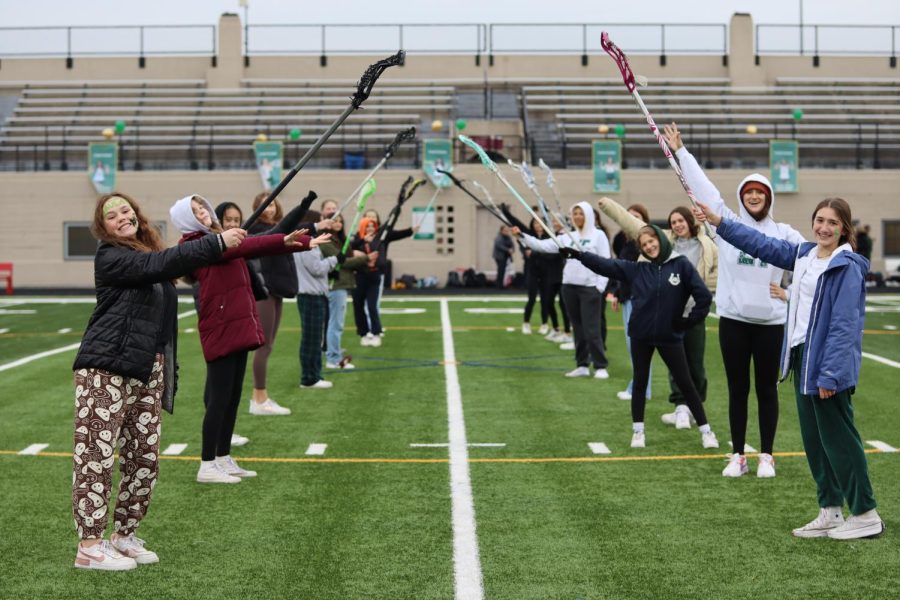 After an endearing ceremony celebrating the Lane’s Girls Lacrosse seniors, the game heated up — but not in Lane’s direction. Although Lane got an early goal from Captain Francesca Spingola, Northside wouldn’t let Lane score another one until eight minutes left in the first half.

Northside scored a goal in the first six minutes and then had multiple chances to score but couldn’t capitalize on them. Likewise for Lane, the vast majority of the first half was spent on the Mustangs’ defensive side of the field, but they couldn’t seem to get the ball in the net.

However, while the Mustangs were on offense, there were too many close calls for goalie Tessa Mitchell.

But then, finally, Lane’s Eliza McHale sparked momentum in both teams —  the teams then combined for six goals in the last eight minutes of the first half. Lane was much more assertive, trying to capitalize on every fifty-fifty ball and connect every pass.

And that worked out for Bethel University commit Kayla Tirado, who easily scored another goal for Lane just seconds after McHale’s.

But the Mustangs didn’t let Lane run away with it, as they began applying pressure, cutting Lane’s lead to 5-4 by the halftime break.

“We were not playing well in the first half. I think a lot of it was emotions,” Head Coach Amanda Malstrom said postgame. “They needed a little bit of a reminder that we need to tighten up our game, we need to get low for those ground balls and we just need to play a much more sound game.”

But that didn’t stop Lane’s players from getting their heads in the right mindset, however. And that came from the leaders of the team — the seniors.

“I just said to clean it up. And let’s play as a team and see players, not numbers,” Jones said.

A switch in goalies and a talk with defense and Lane was ready for their second half domination. And they did just that.

Goalie Hannah Gotelaere let in zero goals during the second half as Lane’s defense stepped up their game. Gotelaere was never alone to defend the goal, and the defense aptly kept the ball out of the eight-meter line.

As the clock expired, Lane’s seniors got the senior night victory they waited all four years for.

“That was a big thing for us to come out and play well, but we also have an enormous senior class of 17 girls,” Malstrom said. “So we also wanted to make today special for them to get them some playing time and bring home a win for them.”

On Saturday, April 30, Lane took to Lane Stadium for the final time this regular season against the Fenwick Friars, but stormy conditions pushed the matchup to a later date. Lane will be on the road for a May 3 matchup against Lake Forest Academy.