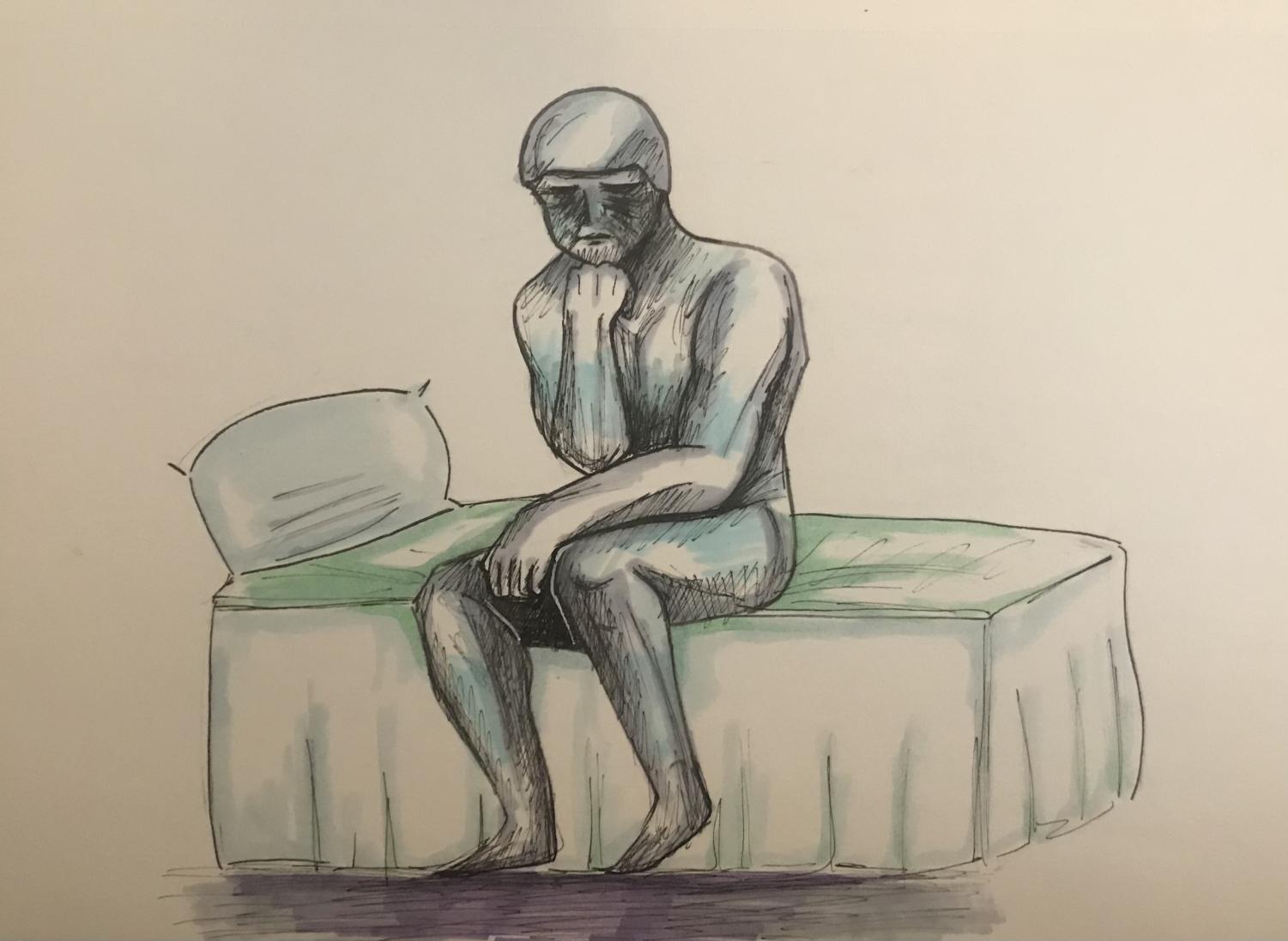 What were you doing these last four years?

Y’know that feeling when you sneak over to your partner’s house and their parents aren’t home, and you’re lying there and then you hear a noise at the door and you jump up faster than you ever thought you could and then you’re sprinting out the back door and then you’re a block away and you need some time to do some thinking. I’ve never quite felt that, but it seems about like what most seniors are feeling now.

It’s over now, isn’t it? The weather is warm, the classes are empty and most of us don’t really seem to care anymore. A week left and I’d rather roll around in a pile of mud than greet another bliss-filled morning on the Addison bus. Everything’s decided now anyway: summer plans, college plans. This part of the year is pointless, a whole bunch of empty calories.

Why should I even show up?

Get me out! Get me out! Get me out! The head is screaming to the body with a desperate awareness that it could just leave if it wanted to. There is a sense, the primal kind that comes with the supreme knowledge that something bad is about to happen. They call this dread, but it’s deeper than that. It seeps from someplace else, someplace other than the stomach. But the body stays unresponsive. It is lazy, slow, unreliable. Unwilling to deal with the harsh realities of what the brain believes is about to happen. “Just one more minute,” the muscles groan. The brain tenses with anxiety. “When will I have to get out of here? When will I have to deal with what’s coming?”

Then it comes, whatever it’s expecting, the other shoe, the big-bad, fear of absolute, extraordinary, unimaginable, biblical magnitude. “Move! Move, you fool!” the brain is screaming. The body is fumbling with keys and shoes and shit, entirely unprepared for this outcome. It’s a cacophony of disordered chaos: kicking, screaming, running and fleeing.

It’s a good distance back now, that event; seeping slowly into the mind as a flash of emotion and movement. The brain is processing: “How did it end that way? How do I avoid that?” Up from the bubbling unconscious come uncomfortable questions: “Was the being there worth how I had to leave?” Clearly, the end was very wrong, very bad, very scary; it was stressful, and stressful is bad; full of panic, that’s the first thing the brain is thinking. But there’s this other part, the one processing the good quiet comfort of being where you were, which understands that you wouldn’t give up that blissful time for anything. That you’d do it all again, exactly the same, because good things stay good even if they end bad. 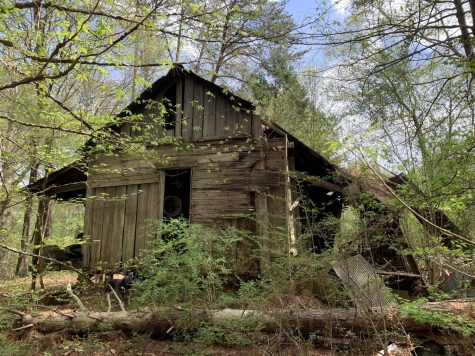 Somewhere between Birmingham and Tuscaloosa, Alabama, in a forested clearing, is a half-collapsed two-room wood house. Next to it there’s an old well, and about 50 feet in front, through light woods, there’s a road, or what used to be one. Over the years it’s disappeared, becoming an overgrown hodgepodge of leaves, grass and bugs, but it’s still there, still cutting its way through the wild forest down to a leech filled creek.

I know some of you already have it all planned out. You’re gonna go to college, then you’ll do this and that and advance and age beautifully, and it’s all written out, perfectly, on paper. Some of you hover around, taking in the present and ignoring the future — I respect that. But, I think most of us sit somewhere in between, both dealing with things as they come and possessing some vague outline of the future.

It’s the future, right? That’s where the endings are, when the regrets come. I suppose it’s natural, then, to fear the future, to fear regret. It’s inevitable, there’s always something to do wrong, something to think about, some way to feel bad.

This school scares you at first, doesn’t it? All those people, all those places to eat. So many clubs to join, people to meet, classes to take, rooms to find. There’s a lot going on and no way to know what to make of it.

It’s destabilizing, in a way. You, a stupid 14 year old (because all 14 year olds are stupid), leave middle school, where everything is certain, and are thrust into this huge institution with no guidance or instruction or anything. You just gotta… figure it out.

It takes time, but you eventually learn the rhythms, how we interact with one another, how friendships begin and how they end. It’s all happening here, all at once, just within these walls. It can’t be stopped or even slowed. Inexplicable life, bursting from the walls. Continuing on and on and on, human beings in constant motion. When you leave, the light stays on, ready for the next generation to join.

There are 1000 kids in my graduating class. For every senior I recognize, there are about ten that I don’t. Ten people making human choices with human brains experiencing human emotion, but they don’t know me, I don’t know them.

You see, that’s this school’s gift. It’s so large, so fractious, so disconnected that there’s absolutely nothing centralized here. There are so many people, so much going on, that nobody really cares about what’s going on with you at all. They’re all wrapped up in their own shit, just as confused and scared and worried as you are. Find me a truly confident highschooler and I’ll find you a leprechaun. So don’t worry about it, stop worrying about it. Enjoy your time here, there’s not much.

That’s life, I guess. Uncertainty, change, fear, regret, past, present, future tangled up into one thing, one experience. Grab on and hope it goes well, or let go and ride. Whatever happens, it’s best not to be afraid of the things that could. What’s the point? Fear sucks. Posterity is for the birds. The only way to get what you want is by, well, doing it. There’s no other solution, no simpler way to say it. Just go… figure it out. You won’t get anything good otherwise, but you’ll get plenty bad.

Maybe none of you read these essays or none of you care, I don’t know. I enjoyed writing them, at least. It’s supplied me with some, tiny, amount of meaning, something to focus on as things get better or worse. They’re a concrete piece of my life — a reminder of where I’ve been and where I’m going.

Most things don’t last very long: relationships end, properties sold, bookcases broken. They stick around for some time, maybe even a very long time, but eventually they break or fade. Entropy is inevitable; in the end, everything exists in memory alone.

The more I live, the more I understand that I miss nothing I did without other people. Friends and family, loves and crushes, that’s where my memories come from, my meaning. My experiences, my time with the people who matter, is what endures. So as I leave this place, I’ve come to the conclusion that it’s not my time here that’s come to an end but whatever the hell kind of relationship I’ve had with you all. I won’t miss the classes, but I might miss a couple teachers. I won’t miss lunch, but I’ll miss the people I had it with.

That’s the stuff I’ll remember. My first kiss, time spent with new friends and old. Nights with my editors and nights spent playing basketball. It’s all just like that house in the middle of the Alabama woods, something which will sit and last in memory because important things happened to important people there.

Old faded Polaroids, pictures of people whose voices I never heard, of family I never met. Long before me there was smiling and happiness, sadness and heartbreak in that house and around it. There was emotion there, unpreserved in any contemporary mind. It was there and now it’s gone, but the house still stands, a monument to all that was, a testament that people were here and that those people were my people, even if I never heard their voice.

Now, in my life, I have to figure out what matters to me, what experiences, what people, what places will endure. I took a leap of faith writing these articles. I hoped it would work out, that I could do some good work and meet some good-minded people. I don’t know about the work, but I know I met the people. Without my other editors, dedicated as you are, during those collective late nights, scrambling to find solutions to overwhelming problems, showing up to awful, ugly high school sports because hell, I guess we just like doing this, I would be a less fulfilled person and an unhappier man.

So if none of you read these, that’s OK. I’m glad I wrote them. I’ll remember them, and that’s good enough.

So we’ve come to the end, and now we’re moving on.

I’ve got to wonder; what did you do? What will you remember?