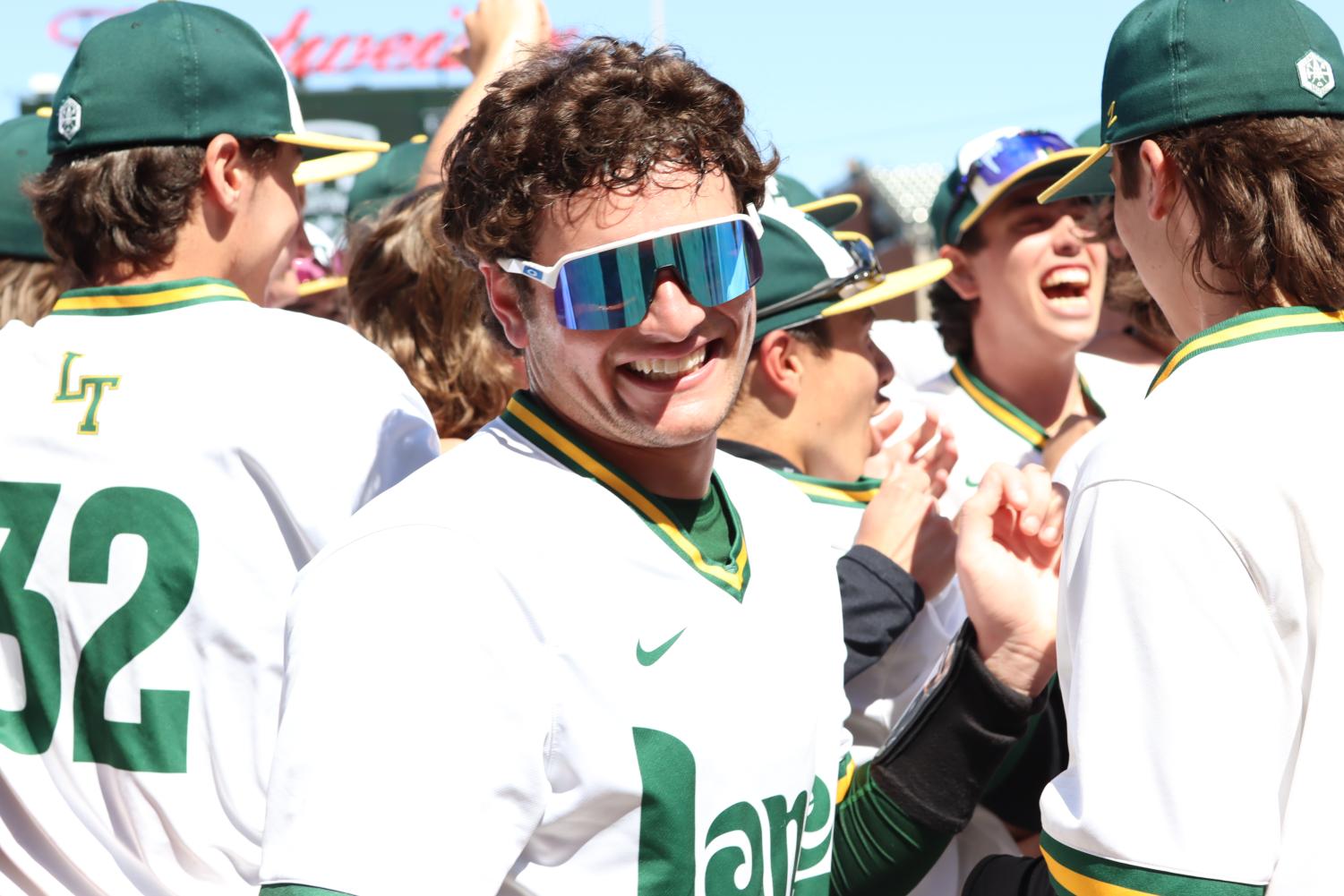 Lane’s Zach Shashoua celebrates with his team after the 2-1 victory over Brooks College Prep in the City Championship. (Mara Mellits)

Lane’s Zach Shashoua celebrates with his team after the 2-1 victory over Brooks College Prep in the City Championship.

One good pitch was all Josh Katz needed to close out the city title.

With a 2-1 count in the top of the seventh inning, the right-handed junior stepped off the mound at historic Wrigley Field to plan his delivery. With the loud crowd cheering him on, Katz stepped back on the mound and threw a rocket of a strike that Brooks College Prep outfielder Kendall Larry was barely able to foul off.

With the count going to 2-2, the crowd went silent, knowing that this pitch could determine the outcome of the game and the winner of the CPL title. Katz, on his 114th pitch of the day, delivered a hummer of a pitch and Larry grounded out to third basemen Louie Derechin, ending the game and sealing Lane’s 2-1 victory. A horde of Lane’s players ran onto the field to celebrate their City Championship win, placing May 23 into Lane Tech history. 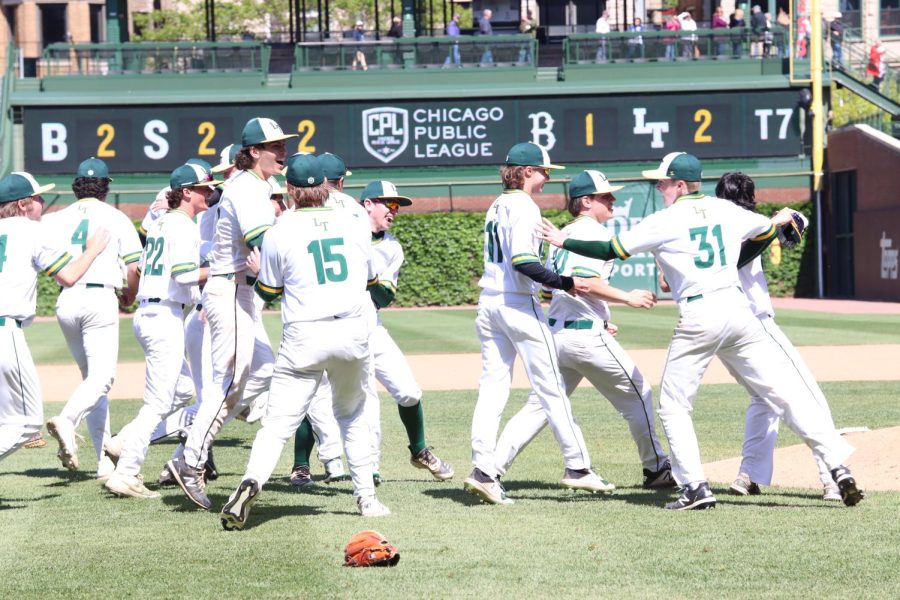 Gallery|27 Photos
Mara Mellits
Lane’s team rushing out on the field to celebrate their win.

For Katz, not letting the noise and nerves of playing at Wrigley was key to the win.

“I knew that I wanted to stay in through the seventh and win and close this game,” Katz said after the game. “My pitch count was high — it was 100+ pitches at that point. So just continuing to throw strikes and trusting my defense and the guys behind me was what I was trying to do.”

And he had full faith from his head coach, Sean Freeman.

“He’s just a complete animal,” Freeman said post game. “He’s been in those pressure situations [and] he’s come up big every time. So even at the end when everybody’s cheering and all the pressure’s on, I had 100% faith that he’d get it done.”

And from the beginning of the game, Katz showed his strength.

Katz started the first inning strong, striking out two batters. But it was a strong defensive effort from the entire team that held Brooks to zero runs through the first six innings.

Brooks wouldn’t get their first run until the seventh inning — and they were eerily close to getting another — but a big effort from left fielder Edwin Quinones made sure that wouldn’t happen.

Back in the top of the third, Quinones had another catch that switched the energy towards Lane’s defensive direction.

“It was just a nice momentum shift and got the team going,” Quinones said after the win. “It really helped us out.”

Notable plays from Lane’s first baseman Jack Tzur, center fielder Joseph Perona and shortstop Carter Dow showed what Lane’s defense was capable of from the beginning of the game.

“We’ve been [a] really good defensive team all year — we throw the ball pretty well,” said Dow before the win. “We’ve been coming on strong in the last couple of weeks. So right now we’ve been clicking on all cylinders, and hopefully, we can continue that today.”

While Lane’s defense shut down Brooks, offensively, Lane had similar troubles — until the bottom of the fourth.

Tzur grounded to second and was thrown out at first, but first baseman Amir Faulkner had a wild throw home, allowing Nick Lagges to score the first run of the game. Later in the inning, a ground ball from Kai Ramirez that slipped past third base allowed Dow to come home.

“We had some chances — our guys have found a way all year,” Freeman said postgame. “It hasn’t always been pretty, but this is a great group and they always find a way to get it done when we need it most, when it matters.”

“I knew it wasn’t gonna take a whole lot for us to make that happen,” Freeman continued.

Brooks proved to have fairly good defense throughout the entirety of the game, but their offense fell short. In the bottom of the seventh, Brooks got one run, as Josh Bell scored on an RBI single by Amir Faulkner.

But that’s all Brooks could do. Third baseman Louie Derechin scooped up a grounder to third, throwing to Tzur to end the game.

Reflecting on the game, Lane’s players praised the experience.

“This is amazing, it’s a dream come true — playing at Wrigley Field — it’s the time of our lives,” Quinones said after the game. “We’re never going to forget this moment.”

Brooks will open up state play as a 6-seed in the 3A sectional they are hosting on Thursday, May 26. They take on Muchin College Prep, with the first pitch slated for 5pm. Lane, a 5-seed in the 4A Loyola Academy Sectional, will open state play against 12-seed Taft at 4:30pm, on May 26 at Glenbrook North.