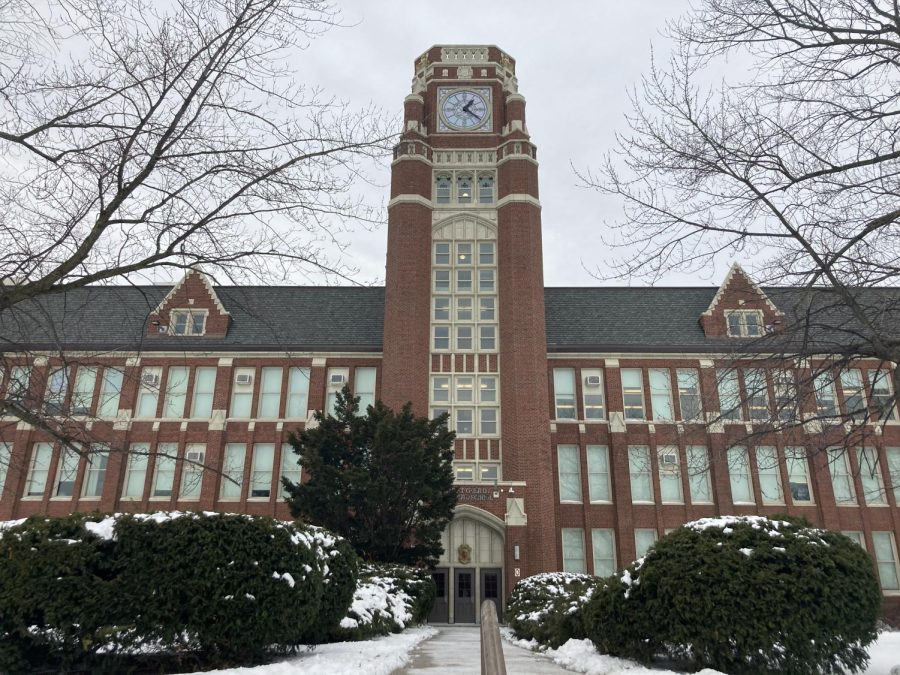 Lane will have a new symbol, "Champions," after a nearly two year wait. (File Photo/December 2021)

After nearly two years without a symbol, Lane will have one once again.

Shortly after the final bell rang Tuesday afternoon to mark the end of the school year at Lane, Principal Edwina Thompson announced in a message to the Lane community that the “symbol of honor” for Lane will be the “Champions.” This comes after a comprehensive search by the Lane LSC and administration that included many twists and turns following the removal of the “Indian” symbol in August 2020.

“Our stakeholders – staff, community, parents, and students have decided to not only stand on our name as Lane Tech, but to continue our tradition of being the ‘School of Champions’ by selecting ‘Champions’ as our symbol of honor,” Thompson wrote in her message.

The final two options, which were voted on by students and staff, were “Champions” and “no symbol.” A previous survey that was open to the broader Lane community was used to narrow the options down from five to two – Owls, Bison and Lightning were the other three symbols considered.

An April 25 email to students and staff laid out preliminary data from the initial poll.

“Based on the previous community survey results, 50% of our community members who took the survey (made up of alumni, parents, and LSC members) voted for No Symbol as their first choice and 26% voted for Champions,” the email said. “Our previous student and staff survey results showed that 34% of those who took the survey wanted Champions as the first choice and 17% wanted No Symbol.”

The symbol process went through various stages, with the LSC compiling initial options with a symbol committee during the 2020-21 school year. But after their initial committee started to fall apart, according to former LSC Chairperson Emily Haite during the October 2021 LSC meeting, the LSC decided to move control of the process to the Lane administration earlier this school year. A separate group was formed by the administration, who administered the final two polls.

Sean Groh, a rising junior, was one of the student representatives on the newest symbol committee created by the administration. He told The Champion that the committee spent “a very long time” going through google form submissions to look at what people were voting for – as a result of that process, the options were narrowed down to “no symbol” and “Champions.”

While “Champions” was not the first choice for Groh, he says as a community, it was the consensus pick.

“Personally, I didn’t vote for “Champions,” as I believe there were options that stuck out more to me on the board,” Groh told The Champion via Direct Message. “However, the students, community, teachers and parents voted for it, and the students [and staff] finalized that vote, so we can’t argue with that.”

“While not my personal favorite (none of the shortlisted options were), ‘Champions’ is both aspirational and reflective of our school’s culture and heritage,” Weiner told The Champion via email. “As an early female student at Lane, and the mother of a Lane graduate with autism, I have personally witnessed how intimidating Lane can be at first glance, but also how our school can transform each student and help them find their inner Champion. I hope our new symbol inspires that journey for every member of the Lane community.”

Thompson said more details will be released on the change soon.

“We will provide more details as we move forward with this new symbol, but know that all of us wear that badge with honor,” Thompson said in her message.