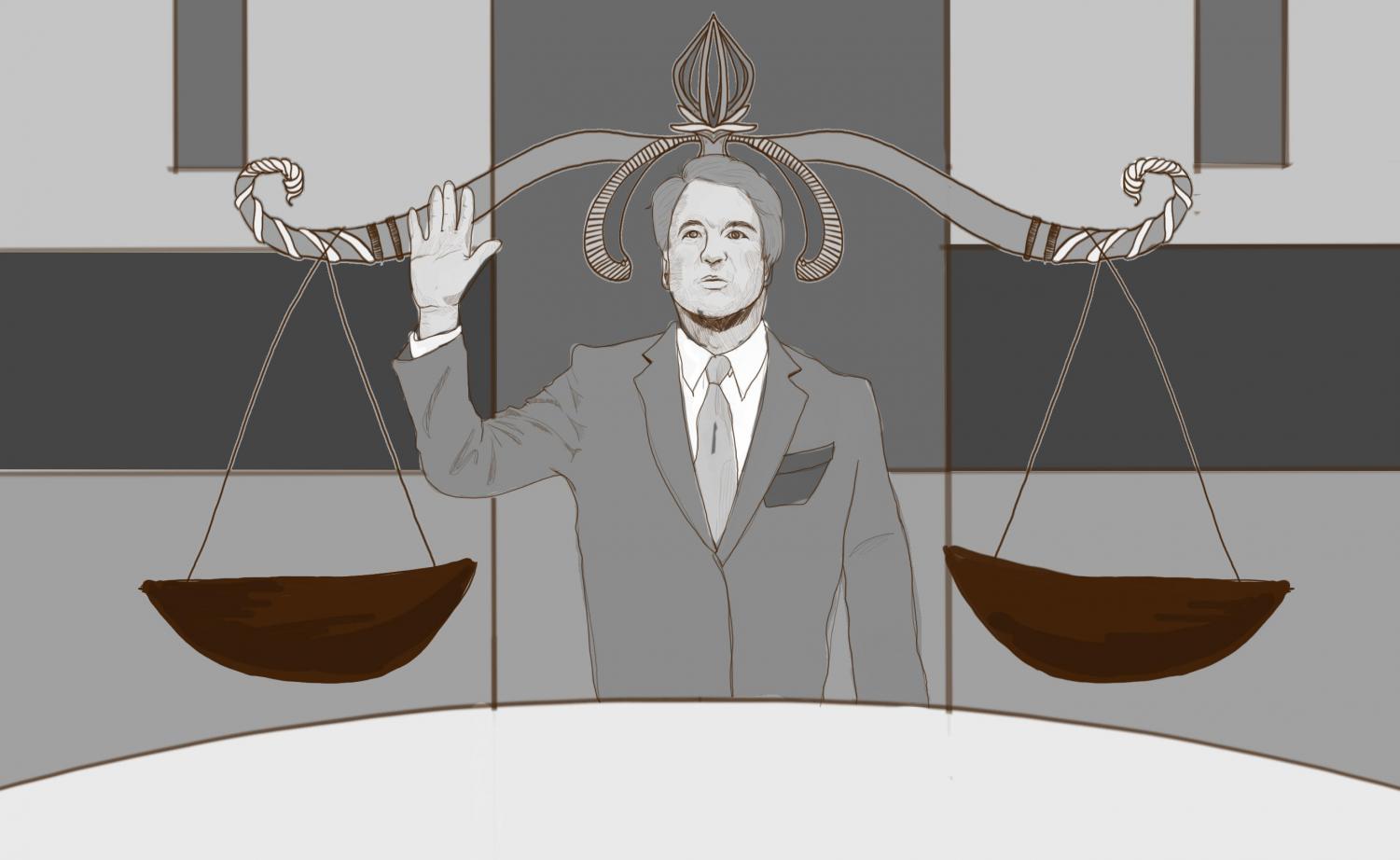 Controversy in the courtroom

Phones buzzed as headline after headline read “Brett Kavanaugh confirmed for Supreme Court” after the Senate voted 50-48 to confirm Judge Brett Kavanaugh to the highest court in the land — an expected, but nonetheless disappointing decision for many Americans.

The debate of Kavanaugh’s moral character was one that divided America. However, it was apparent to us that he had tacky and immature manners, such as a moment during his hearing when he asked a senator if she had blacked out due to being drunk, or asking a senator if they like beer.

A Supreme Court Justice should be of the highest moral standard, and should have an immaculate personal history, without any skeletons in the closet.

However, that was not the case with Judge Brett Kavanaugh, who shortly after his Supreme Court nomination, was accused of allegations of sexual harrasement by Dr. Christine Blasey Ford, while the two were in high school in the 1980s.

Two additional allegations were brought forth by Deborah Ramirez and Julie Swetnick, which corroborated the initial accusation of sexual harassment.

Although it was never decided whether or not these allegations were 100 percent factual, Ford delivered a moving and brave testimony before the committee, after which it was decided that a week long FBI investigation would take place.

The investigation did not dig up any additional evidence, and Kavanaugh was confirmed on Saturday, Oct. 6.

The decision to confirm Kavanaugh to the Supreme Court disheartened many, and was a step backward in the Me Too movement, which has gained significant traction recently.

Although many abusers have been exposed for their disgusting behavior, a potential abuser now sits on the highest court in America and makes daily decisions that affect millions of lives.

By disregarding Ford’s statement, the people in power are giving a pass to yet another white man with atrocious moral character.

However, even though this decision slowed the progress of the Women’s Rights and the Me Too movement, we still commend Dr. Ford for her bravery. It is a daunting task to have the eyes of the whole nation. She fulfilled her civic duty by bringing forth her allegations, regardless of her own personal cost.

We now have to look to the future. Whether we like it or not, Brett Kavanaugh is a Supreme Court Justice, and it is extremely unlikely he will be impeached. His power is real and valid.

We also realize that a possible abuser is in power. His appointment, as well as the Republican response to Dr. Ford, sets a disgusting precedent for this country because it dismisses many other women’s stories.

Although we cannot determine who will be nominated in the future, we can make sure that another abuser is never in a place of power again.

As Sen. Chuck Schumer said, “we ask that if you didn’t like what you see, vote. If you are upset and think that men like Kavanaugh should never be in a position of that magnitude, vote.”

If you’re angered by Brett Kavanaugh’s nomination, bring that anger with you to the Midterm elections. Vote the people who confirmed Kavanaugh out of power. Make your voice heard.

Staff Editorials represent the majority view of the Warrior’s editorial board.