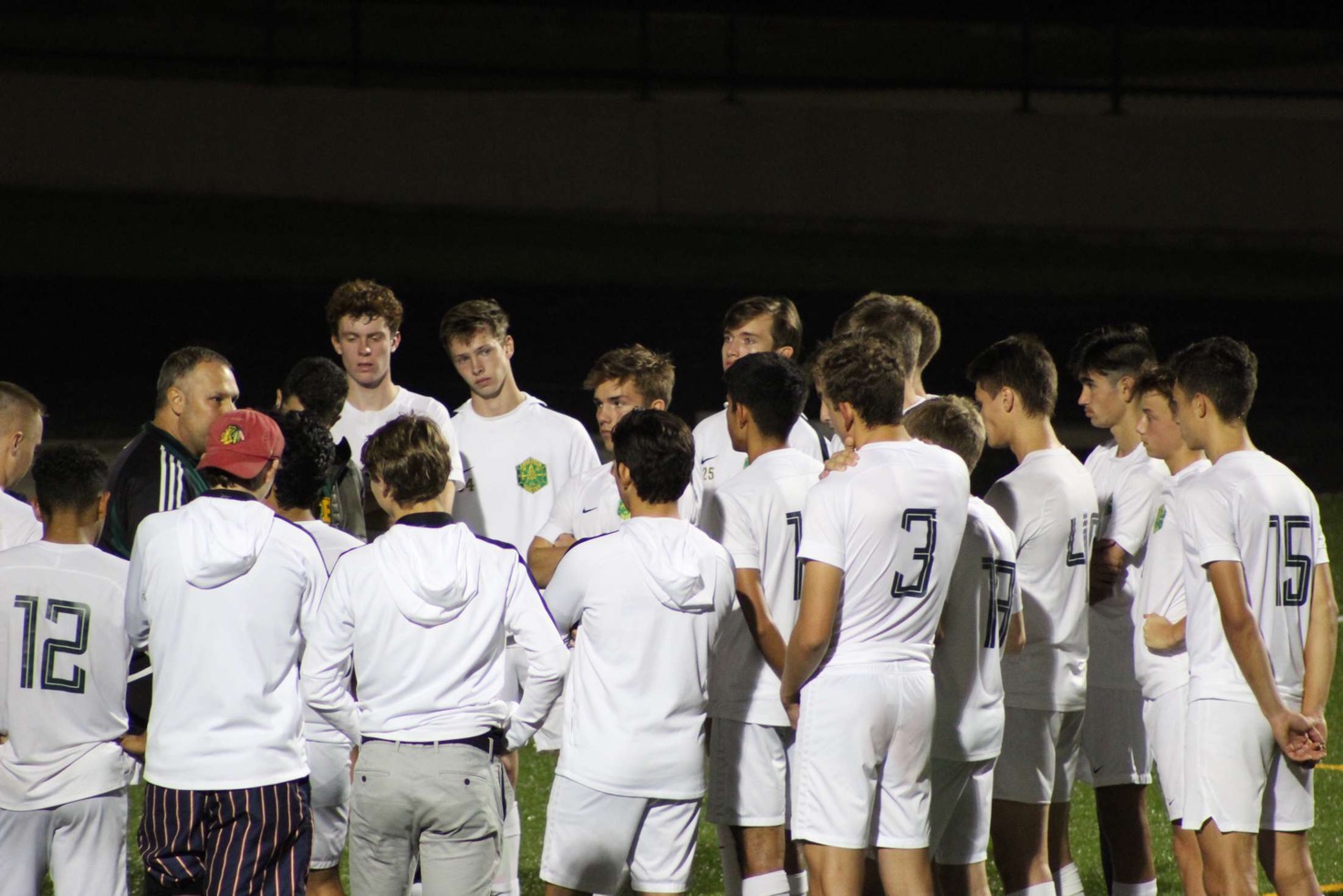 As CPS teachers, counselors and clinicians took to picket lines and downtown streets during the Chicago Teachers Union strike, countless Public League athletes anxiously awaited news of whether they would be able to compete in state championships.

One of the less fortunate teams that did not get the opportunity to finish their season properly was Boys Soccer.

“The team was devastated at not being able to play in the state playoffs. Our seniors, who had aspirations of another state title run, were crushed,” Solorio boys’ soccer head coach Adrian Calleros said. “They were hoping to be seen and get the opportunity to play in college.”

Lane Tech’s boys soccer team was hoping to make a long run in the state playoffs after a strong performance in the city playoffs.

All that Lane needed was one goal to take home the city championship. Lane took the field on Thursday, Oct. 10, and in a highly contested game, they were able to get that goal and bring the title back to Lane.

Lane took on Solorio High School in the Chicago Public League city championship. It was a rainy night, but fans of both sides filled Lane Stadium to watch what Head Coach Andrew Ricks said was arguably the best North Side team vs. the best South Side team play.

The first half was a back-and-forth affair for both teams, with neither team being able to break through and score a goal. Solorio only had six shots on goal, and Lane had four during the first half. Standout Solorio player Alex Sanchez had four first-half shots but was not able to get one to the back of the net.

“Everyone [on defense] played great,” Arroyo said. “That’s what you got to do. Defenses win championships. That is what it is.”

Lane’s goalkeeper, Jacob Bozek, Div. 080, summed up the defense in one word: “phenomenal.”

After an uneventful first half, emotions ran high the rest of the game. Finally, with 20:27 left in the game, Arroyo was able to break through and score what would be the game-winner from inside the box.

“I knew it was the one goal. All I had to do was score one goal. One was the difference.” Arroyo said.

Goalkeeping was another major key to Lane’s victory, and Bozek had a stellar game for Lane in goal. Following Arroyo’s goal, Solorio had a chance at the equalizer with 19:59 left in the second half after a foul in the box set up a penalty kick.

Bozek was able to stop this penalty amidst a 12-save game, including eight in the second half alone.

“He’s just been so good and solid and consistent,” Coach Ricks said. “He’s fearless; he loves playing, he’s happy playing. He’s one of our captains. People respect him.”

Bozek said that the team felt no pressure playing against a top team like Solorio.

“We knew they were a good team, but they’re as equal as us. We knew that we could take them,” Bozek said. “We showed heart. We just did it. I can’t believe it.”

Even with the lead, it was no easy finish for Lane to close out the victory. With seven minutes to go, Arroyo had to walk off the field after a tough challenge. He would later return. Then, with 4:30 to go, backup goalkeeper Sam Price had to come in after Bozek was injured in a collision near the goal.

Price was able to close out the game, making a couple of saves over the final four and a half minutes. The day after the championship, Coach Ricks said Bozek should be ready to go for the rest of the season.

After a long night of soccer, Lane was finally able to rejoice in victory as the final whistle blew.

“It was a great high school moment,” Ricks said. “Something they will be talking about at high school reunions. It was a fun moment. A beautiful night.”

After a rare loss for the Sun Warriors, Coach Calleros tried to look for the positives heading into the state playoffs.

“That’s the beauty and the ugly of soccer,” Calleros said. “There’s days when you play a beautiful game and you don’t win.”

As mentioned, both teams had to forfeit their Illinois High School Association (IHSA) state playoff games due to the strike. Lane was supposed to host a Regional as a #9 seed in Class 3A.

The IHSA did not allow any appeal hearings for the soccer teams. This ended any chances for CPS teams in the state playoffs. Both teams were crushed to not have the opportunity to compete in state.

“They couldn’t understand why they couldn’t play since they had no fault in the matter,” Calleros said.