Opinion: Confused about Lane’s COVID-19 closure grading policy? So are we. 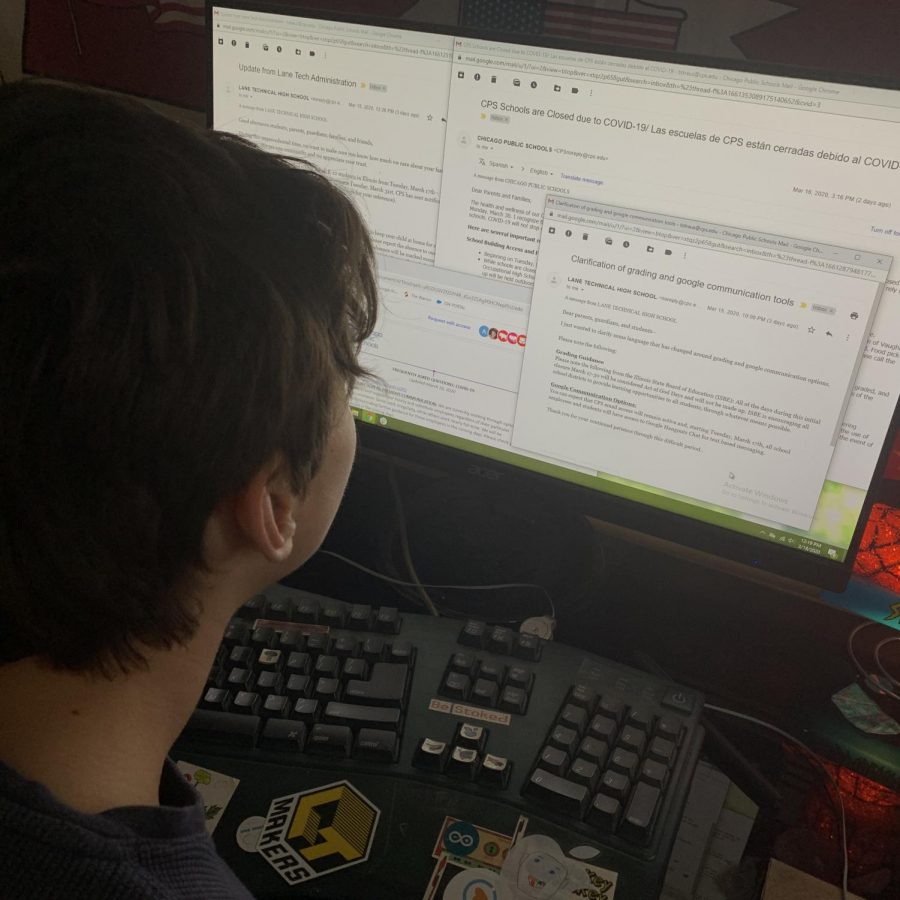 Students are confused and overwhelmed by the miscommunication.

By Finley Williams and Tobias Straus

When Governor Pritzker mandated that all K-12 schools would close from March 17 through March 30 in an effort to slow the spread of the coronavirus, one of CPS’s main concerns was with equity: if not all students have access to the Internet or related resources, how can students across the city be graded fairly?

According to the most recent guidelines from the district, sent in a March 18 email to staff, any work assigned over the duration of the closure, and grades thereof, may not negatively impact a student’s academic standing.

“As we do not yet know the full extent of the closure and want to minimize any negative effects on students,” the email read, “schools may allow student work to count during the closure only to increase a student’s academic standing.”

In essence, teachers can grade student work, but only so long as it positively impacts their grade, according to the email.

Unfortunately, after days of confusion and contradiction between CPS, the Illinois State Board of Education (ISBE) and Lane, this policy still affords little clarity to students, who have remained under-informed and un-updated throughout the process, and have not, at the time of this writing, been informed of the policy through Lane or the district.

In a noon March 15 email, Lane told students that teachers could assign work for credit if all students had “the opportunity to equitably access the assignments.”

Later that same day, in a reiteration of a previous ISBE email sent to staff, Lane communicated exclusively to teachers that “student work during this time should not be graded, as these days are not Instructional Days.”

Still later that day, after Lane was aware that no work could be graded, the administration failed to inform students of this, seeming to lob off the portion of the ISBE email containing that guideline. (For the exact language used in these emails, click here.)

And despite being kept abreast of the latest policy developments, teachers are still acting in direct opposition to them: one of this op-ed’s writers has a test scheduled on April 2 and a book to finish by March 31 (at the time of this writing). The other was assigned reading responses due on Google Classroom even before class resumes. Still more students have expressed confusion over whether their AP teachers are granted the exclusive right to grade assigned work.

This is not an issue of laziness on the students’ end, and nor is it a sophomoric attempt to turn what should be a solemn social separation into a spring break-like escapade. It is, plain and simple, a reponse to an arrant lack of transparency, whether intentional or not, on the part of the Lane administration.

In comparison, students at Walter Payton were emailed a letter from their principal on March 13, detailing the district’s guidelines and CPS policy with regard to grading or assigning work during school closures.

We doubtless believe that students who have access to the necessary resources should continue their learning; to not do so would be to take for granted the incredible privileges of education and Internet.

But as parents, students and faculty navigate this unprecedented closure, it is vital that all parties are privy to the same information, and are treated as equal stakeholders in one another’s futures. Lane, in communicating with its students, has not treated students equally or fairly, and must do so over the remainder of our time in crisis and uncertainty.
UPDATE
As of 2:17 on the afternoon of March 18, the Lane administration communicated the new ISBE guideline to students.